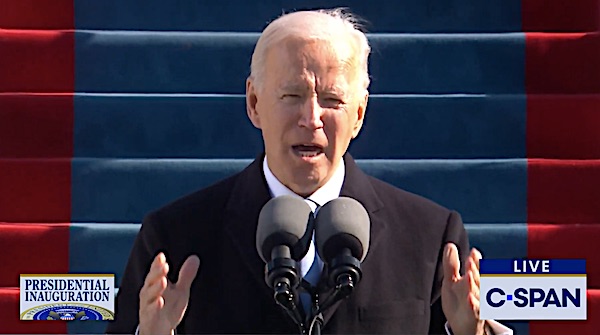 The Congressional Budget Office estimated President Biden's proposal to raise the minimum wage to $15 an hour could eliminate 3.7 million jobs.

The report concluded 1.3 million workers who would typically be employed would be without jobs in an average week in 2025, the Washington Examiner reported.

The minimum-wage hike, from $7.25 to $15, is a centerpiece of Biden's $1.9 trillion coronavirus relief package.

"No one working 40 hours a week should still be below the poverty line," Biden said. "People tell me that's going to be hard to pass. Florida just passed it, as divided as that state is, they just passed it. The rest of the country is ready to move as well."

WND reported earlier this week many employers and employees over the past several years have pointed to experience as the reason they oppose a $15 minimum wage.

Last month, Jamie Richardson, vice president of the White Castle hamburger chain, said it would force the closure of nearly half of his company's locations and lay off thousands of workers.

"Forcing a $15 minimum wage into a coronavirus relief bill would do nothing but shutter the millions of small businesses already on life support and would force those that survive to lay-off employees," said Sen. Tim Scott, R-S.C.

Andy Pudzer, the former CEO of CKE Restaurants, the parent company of Hardee's and Carl's Jr., warned in a FoxNews.com opinion piece on Saturday that Biden's minimum-wage spike "would exacerbate the devastating impact economic lockdowns are having on small businesses, while doing great harm to 10.7 million Americans who are unemployed."

WND reported in 2017 a study showing that over the past 30 years, minimum-wage increases had reduced employment.

The retail giant Target won praise from liberals in 2017 when it announced plans to gradually raise its minimum wage to $15 an hour. But CNN Business reported in October 2019 that many Target employees who were supposed to benefit from the increase had suffered because of the consequent reduced hours and increased automation.

Also in 2019, employees of Whole Foods, which is owned by Amazon, told The Guardian that they experienced widespread cuts in schedule shifts that often negated wage gains.