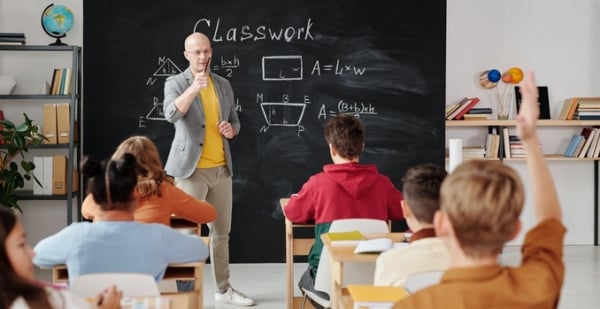 “She’s a happy kid, a good student, and the virtual learning was a disaster for us,” said Erin Haroldson of Mount Horeb, Wisconsin, whose eight-year-old daughter was receiving virtual education from her local public school last spring. When it looked like schools would go virtual again this fall, Haroldson asked her daughter if she would rather continue at Mount Horeb or start in person at a new school, where she would need to make new friends. When her daughter responded “Mom, I want to go to a new school,” the Haroldsons enrolled her in High Point Christian School in Madison.

The Haroldsons are not alone. According to a new Wisconsin Institute for Law & Liberty (WILL) study, the state’s public schools saw an unprecedented enrollment decline this fall, and the school districts that started virtual learning at the outset of the school year lost the most students. Across the Badger State, the average district saw an enrollment decline of 2.67%. Districts that went fully virtual drove this decline, seeing an average 3% decline in enrollment.

These numbers may seem small, but they represent a meaningful number of kids. In Madison, enrollment declined by 995 students; in Milwaukee, by 2,335 students. These drop-offs were driven in part by smaller pre-kindergarten and kindergarten enrollment.

Wisconsin’s experience is consistent with national trends. New York City Public Schools, the nation’s largest school district, is enrolling about 19,000 fewer students. According to Chalkbeat, the city’s most affluent public schools have seen a decline of 12%, while enrollment at the city’s lowest-income schools has dropped 4%. Enrollment in the Los Angeles Unified District, the nation’s second-largest district, has been dropping since its peak in 2003, when it reached 750,000 students. As of April, EdSource reported that enrollment had dropped to below 600,000. According to NPR, Los Angeles Unified is down about 11,000 students this fall.

Other parents, however, like the Haroldsons, still want their children to be educated in person, despite the pandemic. They believe that the benefits of in-person education outweigh the potential consequences, since children are low risk. This belief is consistent with guidance released in August by the American Academy of Pediatrics and other scientific research. A research effort led by economist Emily Oster from Brown University looked at data from 200,000 students across 47 states and found that students seem less susceptible to COVID-19 and don’t spread the virus like adults do.

But if the science says it is low risk for students to be in person – and many parents agree, to the extent that they’re willing to arrange alternative in-person schooling for their children – then why are these districts going virtual? A study that WILL released last month suggests that teachers’ unions played a big role in these decisions. In fact, in Wisconsin, the presence of a teachers’ union in a district played a larger role in whether schools went virtual than the presence of COVID-19 in the community. Of the 36 Wisconsin school districts that began the year virtually, 81% had a teachers’ union. A national study, put out in September by Cory DeAngeles and Christopher Makridis, suggests that strong teachers’ unions played a leading role in shuttering districts across the U.S. They found that in states with right-to-work laws, schools were 14 percentage points more likely to open than in states without those laws.

The Haroldsons plan to keep their daughter at High Point Christian even after the pandemic is over. Wisconsin’s choice programs are growing fast, enrolling more than 2,700 new students throughout this last year. Whether it’s through such choice programs outside of public schools, or through public school programs such as open enrollment between districts, enabling parents to make the educational choices that they feel are best for their children is more important than ever.

Will Flanders is research director and Cori Petersen is a writer and research associate at the Wisconsin Institute for Law & Liberty.