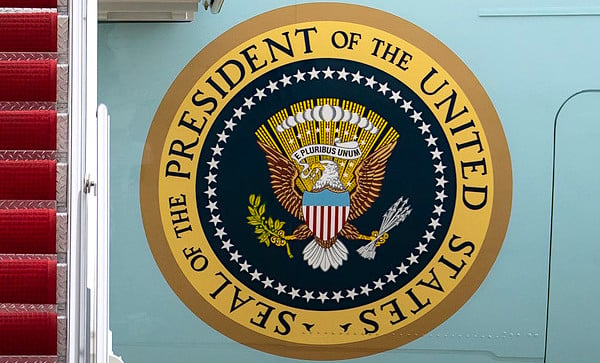 Rep. Jim Jordan, R-Ohio, charged in a speech on the House floor Tuesday that Democrats knew the U.S. Constitution was violated in the 2020 election but simply don't care.

A joint session of Congress is scheduled for 1 p.m. Eastern today to certify the Electoral College votes from each state, and more than 100 House Republicans and a dozen senators plan to object.

"Democrats don’t care. They don’t want to look into it. They’d rather just belittle 60 million of our fellow citizens, call them names, say it’s a conspiracy, make fun of the very people we’re all supposed to represent," he said.

WATCH PRESIDENT TRUMP LIVE NOW at the March to Save America in Washington, D.C.

Jordan promised that the challenges in Congress on Wednesday will present a "chance to hear the truth."

"During the campaign, Vice President Biden would get 55 people at an event. President Trump got 55,000 at just one rally," he said. "President Trump increased his vote with African-Americans, increased his vote with Hispanic Americans, won 19 of 20 bellwether counties, won Ohio by eight, Iowa by eight, Florida by three, got 11 million more votes than he got in 2016. And House Republicans won 27 of 27 tossup races. But somehow, somehow, Joe Biden, the guy who barely left his house, won the election?

"Maybe. Maybe. But 80 million Americans, 80 million Americans, both Republicans and Democrats, have their doubts and 60 million Americans think the election was stolen. 60 million people, over one-third of the electorate. But no one in this town seems to care. Democrats don’t care. Media doesn’t care. Eighty million of our fellow citizens have their doubts about the election two months ago. And the media and the Democrats say 'nothing to see here.' Of course, this town has been out to get the president since July 31st, 2016, before he was elected the first time. Four years and forty million dollars on the Russia hoax, but we can’t look into an election?"

Are Democrats willingly violating the Constitution in the presidential election?
98% (420 Votes)
2% (7 Votes)

He said Republicans have tried to uncover the truth.

"Not one investigation, not one hearing in the House of Representatives. We asked for it. We asked Chairwoman Maloney. Mr. Coleman, I asked for it. We asked Chairman Nadler. Nope, not going to do it. We welcomed an inspector general investigation for goodness sake. Over 200 affidavits and declarations of wrongdoing, but no investigation in the Congress. No subpoenas, no depositions, no chance for question, or cross-examination of witnesses. Why? Why won’t they look into it? Why no hearings? Why no investigation? I think it’s because deep down, deep down, they know there were big problems with this past election. They know the Constitution was violated. Article 1, Section 4: 'Time, place, and manner for holding elections shall be determined in each state by the legislature thereof.' Article 2, Section 1: 'Each state shall appoint in such manner as the legislature may direct,'" he said.

"Pennsylvania law says mail-in ballots by eight o’clock on Election Day. Election Day ends at eight o’clock. Mail-in ballots have to be in by eight o’clock on election day. Democrat State Supreme Court said, nope. We’re going to extend the election day to Friday, to five o’clock Friday. Pennsylvania State Law says mail-in ballots require signature verification. The Democrat Secretary of State said nope. For 2.6 million ballots, she said we’re not going to follow the law. Pennsylvania law says mail-in ballots can’t be processed until Election Day, but some county commissioners, some county commissioners says no and allow ballots to be cured, to be fixed, to be changed before Election Day. And you can imagine which counties allowed that. You can just imagine. Democrat counties allowed it. Republican counties didn’t. The legislature determines the time, place, and manner of elections, not State Supreme Courts, not secretary of state, not county commissioners. All of those entities took actions that directly violated the law, the law that state legislatures enacted and thereby violated the Constitution."

He said the many Americans with doubts about the election deserve to be treated with respect.