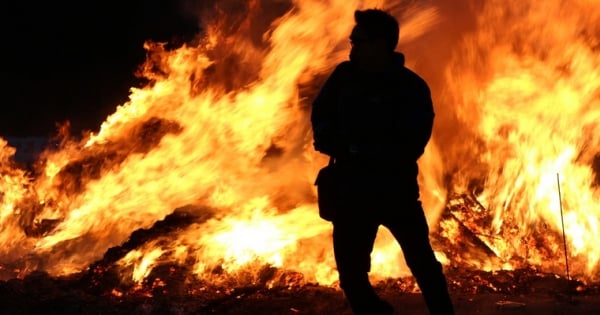 The Jan. 6 attack on the U.S. Capitol was the crisis Democrats were waiting for, and they are not going to waste it. Those few hours of lawless mayhem became unimpeachable proof that the muddy smears they’d thrown against Donald Trump supporters were all true.

Through the funhouse mirror of hyper-partisanship, that angry mob of thousands became all 74 million Americans who voted for Trump in November. The crowd’s explicit anger over the 2020 election was cast as an implicit push for white supremacy.

Never mind that almost all prominent Republicans and conservatives recoiled from the violence and immediately condemned it, or that one of the main organizers of the rally was a black Arab American. There’s enough scattershot evidence for Democrats and their allies to add “demonstrated violence” to their list of conservative crimes and justify a radical program of repression. While Joe Biden issues calls for unity, many of his allies are waging a scorched earth campaign to silence all who oppose them.

Since the violent attacks, left-leaning tech companies have been given a free hand to quash dissent. On Jan. 8 Twitter permanently suspended President Trump’s account and later purged more than 70,000 accounts it said were affiliated QAnon, whose members subscribe to various conspiracy theories and question the integrity of the government.

That same day it was reported that Facebook removed the #Walkaway Campaign, which featured testimonials from Democrats who had left the party because of its hard-left turn. Facebook deemed this “hateful, threatening, or obscene.” On Jan. 10, Amazon pulled the plug on the libertarian social media platform Parler because a handful of its estimated 2.3 million active users were connected to the violence.

Government is also policing thought. On Jan. 18, the New York Times reported that the Pentagon “is intensifying efforts to identify and combat white supremacy and other far-right extremism in its ranks.” Network news reported that several unnamed National Guardsmen were pulled from the ranks of those protecting the Capitol after the FBI said it discovered fringe political views in their social media footprint or digital communications with friends.

That same day, Democratic Rep. Steve Cohen of Tennessee (pictured) questioned the loyalty of the National Guard because it is “90 some-odd percent male, and only about 20% of white males voted for Biden; you've got to figure the Guard is more conservative. ... There are probably not more than 25% of the people that are there protecting us that voted for Biden. The other 75% are in the class who might want to do something."

Cohen’s rant is not only alarming; it’s inaccurate in its own terms. White men under age 30 (the average age of an enlisted man in the National Guard is 29.5) broke for Trump, but only narrowly – 51% to 46%, according to exit polls.

Now the Biden administration is promising to make “domestic terrorism” a priority for the National Security Council. You don’t need a dog whistle decoder to know this means they will be targeting conservative groups. Anyone who says the innocent have nothing to worry about should bone up on the internment of Japanese Americans during World War II.

It is tempting to compare this to the McCarthy-era probes that challenged people’s patriotism and worked to weed out communists, homosexuals and other alleged subversives and deviants. But that ugly movement was weak tea by comparison, as it targeted a relatively small percentage of Americans. Today, in the broadest sense, one half of the nation is working to demonize and silence the other half.

This effort didn’t begin after Jan. 6. The illiberalism that has infected many American schools, the cancel culture that has propagated across social media and the left-wing demand that everything – what you eat, wear, watch and care about – be seen through the lens of politics, was metastasizing long before. But the attack on the Capitol is the made-for-television moment being used to smother dissent in the name of patriotism.

Everyone who thought Biden’s victory would lower the temperature was sold a bill of goods. Instead of normalcy we’re getting a purge.

This is inevitable because of the leftist ideology Democrats and their allies have embraced. It sees everyone -- except, of course, their enlightened selves -- as unthinking empty vessels. They believe their mission is to fill these pathetic puppets (i.e., you and me) with their virtuous brew of truth. They honestly think they are doing us a favor and expect we’ll thank them once we see things their way.

This is the faith of the victim culture, whose sinners are those who have been corrupted by the dark forces of conservatism and whose saints are those who walk the path of liberal enlightenment. This is why media figures such as Katie Couric describe Trump supporters as cult members and columnist Eugene Robinson wonders how they can be deprogrammed.

“Never Trump” Republicans are echoing these sentiments. In his Jan. 14 New York Times column, David Brooks asserted that there is now a split on the right “between those who have become detached from reality and those who, however right wing, are still in the real world. Hence, it’s not an argument. You can’t argue with people who have their own separate made-up set of facts.”

George W. Bush strategist Mark McKinnon argued the same point on MSNBC this week: “You can't just confront them [Trump supporters] with the facts because they don't believe it. They live in an alternate universe where they have been told other reality, quote ‘realities,’ that they think are realities.”

To be sure, some Trump supporters fit this mold. The former president often did himself. But whether they mean to or not, these voices – in the media, no less – provide the rationale for abandoning the First Amendment in the name of censorship. It’s why the left is cheering Big Tech’s embrace of cancel culture and pushing cable providers to stop airing One America News Network, Newsmax and other “conservative influencers.”

It’s why the so-called Trump Accountability Project, which seeks to prevent administrations officials from gainful employment, is not widely denounced for the thuggery that it is and why 250 publishing professionals feel comfortable circulating a “No Book Deals for Traitors” petition that says former Trump officials shouldn’t be allowed to publish their works. It’s also why Harvard students think it’s reasonable to circulate a letter demanding the revocation of degrees earned by Republicans who questioned the 2020 election, and why MoveOn.org demands that the Senate not give Ted Cruz and Josh Hawley any committee assignments.

Note that antifa – the anarchist hate group spurred on by Democrats -- has been stirring up trouble in Portland, Ore., this week, even shouting epithets against Joe Biden. Eventually the revolution eats its own. It is hard to know how any of this ends. History shows that such campaigns have no goal but total victory. For their perpetrators, there is no accommodation with an enemy they define as dangerous and irrational; there is only submission.

I keep hoping that reasonable liberals will rise up and speak out against these illiberal forces.

Finally, a plea: President Biden, please work to rebuild the decent, fair United States you celebrate in your rhetoric. It is under siege by those around you.