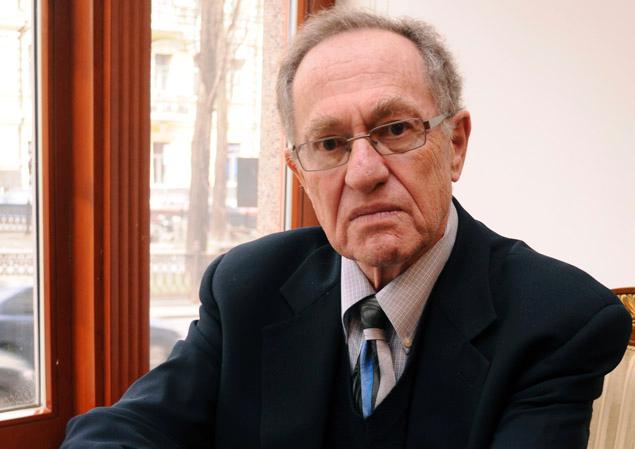 President Trump's opponents in the Washington "swamp," as he describes it, are so intent on destroying him that they are "prepared to tear up the Constitution," contends constitutional scholar Alan Dershowitz.

The emeritus professor of law at Harvard wrote at the Gatestone Institute site that the Democrat's new impeachment drive would compromise the constitutional rights "of all Americans."

"Let us be clear about what those who would impeach and remove President Trump are really trying to do," he wrote. "They know that under the Senate timetable, there is no realistic possibility that a Senate trial could be conducted and completed before January 20 at noon. What they want to do is to impeach President Trump without giving him an opportunity to defend himself at a Senate trial.

He said that would be "analogous to a prosecutor deciding to indict someone and then deny him a trial at which he could disprove his guilt or prove his innocence."

"That would be a core denial of due process, as would impeaching a president based on a majority of the House while denying him a trial in the Senate that requires a two-thirds super majority to remove," he said.

"President Trump's opponents are so angry at the president for his volatile speech — which was misguided and wrong but completely protected by the First Amendment — that they are prepared to tear up the Constitution in an effort to remove him by any and all means. They are prepared to ignore the First Amendment, distort the 25th Amendment, stretch the criteria for impeachment, and permit House impeachment without a Senate trial," Dershowitz said.

"These efforts, if successful, would do more damage to the rule of law than the horrendous mob did when they criminally stormed the Capitol and inflicted harm to life, property and democracy. What these rioters did deserves serious punishment and it will likely be forthcoming. But the constitutional rights of all Americans should not be compromised based on that terrible singular incident."

He also discounted the Democrats' idea of impeaching Trump after he leaves office.

Dershowitz said he doesn't know whether Democrats believe that standard also would apply to previous presidents Clinton, Bush and Obama. But "they are simply wrong as a matter of the constitutional text and meaning."

He addressed the Democrats' admitted goal of preventing Trump from ever holding office again.

"Such an absurd interpretation of the Constriction would literally allow millions of ordinary citizens over the age of 35 to be impeached and disqualified from future office holding," he pointed out.