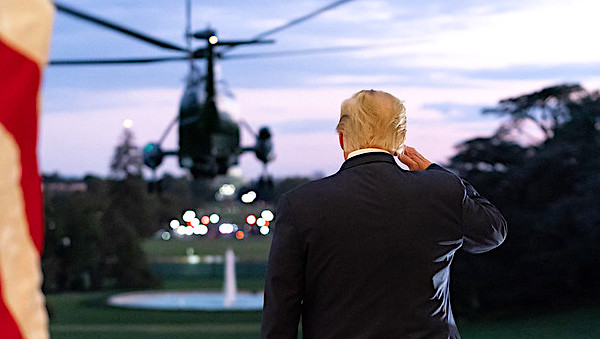 Documents ordered declassified by President Trump during the final days of his term show that Andrew McCabe used a false pretext to launch an investigation alleging "obstruction" by the president.

Just The News reported the documents reveal that McCabe, then the acting director of FBI used the grounds that Trump's firing of James Comey was an act of obstruction of justice designed to undermine the Russia-collusion investigation begun under the Obama administration.

The documents include notes by McCabe regarding a May 16, 2017 with Deputy Attorney General Rod Rosenstein.

"I explained that the purpose of the investigation was to investigate allegations of possible collusion between the president and the Russian government, possible obstruction of justice related to the firing of FBI Director James Comey and possible conspiracy to obstruct justice," McCabe wrote.

But one of McCabe's lieutenants, FBI lawyer Lisa Page, wrote that the comment by her boss was "strange."

"This was a strange comment," she said, "because it was my understanding that the DAG (Rosenstein) had previously indicated that he and AG Sessions had been discussing firing Director Comey since January, but given the nature of the conversation there was no room for follow-up."

McCabe declined to include in his own notes from the May 16, 2017, meeting any mention that Rosenstein had been discussing firing Comey since January.

Should FBI officials be criminally charged for their actions against Trump?
99% (1113 Votes)
1% (9 Votes)

However, in another meeting five days later, McCabe quoted Rosenstein confirming that Comey's firing had been in the works for months and was not related to the Russia probe.

"We returned to our discussion from the morning meeting about the DAG's memo on the firing of Director Comey," McCabe wrote on May 21, 2017. "The DAG stated that based on conversations he had had with the AG as early as January 2017 he knew Director Comey was going to get fired."

The memos also reveal that Rosenstein offered to wear a wire to secretly record Trump in the Oval Office.

Further, he wanted to get advice from Comey, after Comey's termination, regarding a possible Russia special counsel. Rosenstein later appointed Robert Mueller as special counsel. The nearly two-year investigation could not find sufficient evidence to conclude that Trump's campaign colluded with Russia.

Rosenstein has admitted in testimony to the Senate that he and Sessions wanted to fire Comey as early as January 2017. The documents reveal for the first time that McCabe and other FBI leaders knew it even as they opened an obstruction probe based on Comey's firing.

Jeffrey Danik, who retired in 2015 after 28 years as an FBI supervisory agent, said the evidence undermines claims that there was a reason to investigation obstruction.

"Most supervisors I know wouldn't open that case with such stunning exculpatory information," he told Just the News.

"It's more than flawed, it is its own standalone abuse. You have exculpatory information, and you are ignoring it," he said.

The documents also confirmed previously published reports that Rosenstein offered to "wear a wire" to record President Trump in his office.

Rosenstein has claimed his statement was a "joke."

Bob Unruh
Bob Unruh joined WND in 2006 after nearly three decades with the Associated Press, as well as several Upper Midwest newspapers, where he covered everything from legislative battles and sports to tornadoes and homicidal survivalists. He is also a photographer whose scenic work has been used commercially.
Schumer orchestrates his own 'crushing' defeat in filibuster fight
FBI raids home of Democrat who slammed Biden and Harris over border crisis
Biden press conference blasted as failing 'horribly'
Top Dem claims party will hold Congress in fall, contradicting Rasmussen poll
Reporter suggests Supreme Court justices are lying
See more...