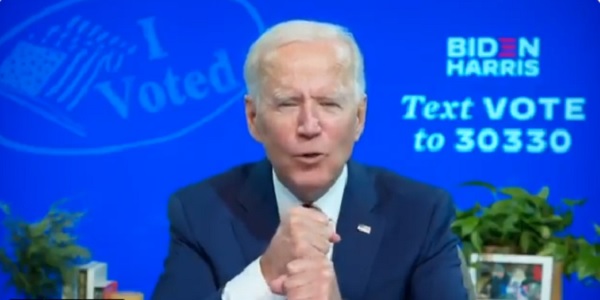 To paraphrase Ronald Reagan, there they go again.  Frantic to extinguish any chance Donald Trump will ever again run for office, Democrats have pushed through an express-train impeachment, concluding the president incited “violence against the government of the United States.”

The hasty undertaking, unencumbered by deliberations, investigations, or witnesses’ sworn testimony, cheapens the sober intent of the impeachment process. It smacks of partisan vindictiveness. When New York Rep. Hakeem Jeffries describes the president himself as a “living, breathing, impeachable offense,” he gives the game away.

Democrats are certainly correct in labeling the assault on the Capitol as horrific, especially as it led to several deaths. They are also correct that Trump’s incendiary rhetoric these past several weeks raised temperatures past the boiling point and inspired some of those who unforgivably breached the halls of Congress.

But rushing to impeach a president who has only seven days remaining in his term is itself an affront to our democracy. Impeachment is meant to be a last resort means of expelling a president, not a political weapon. There has not been a serious probe of what happened that terrible day, how the rioting was organized and by whom. Timelines and social media accounts show that the breaching of the Capitol took place even as Trump was still speaking to the large crowd of followers, and that the organizers may have plotted out the event in advance, mainly on Twitter and Facebook.

Democrats have no patience for a sober assessment of what went wrong; they want to humiliate a president who provoked and embarrassed them for four years, and who has accomplished much despite their incessant resistance.

Had they voted to censure Trump, they might have brought Republicans on board. As it is, only 10 Republicans in the House voted to impeach; 197 sided with the president. Democrats risk creating a martyr who will continue to have significant influence and who will bedevil them for the foreseeable future.

Polling confirms the attack on the Capitol has badly damaged Trump’s approval ratings, with a Politico/Morning Consult survey showing 75% of Republicans approving of the job the president is doing, down from 83% in December. Had Democrats followed a more measured course, confidence in the president would likely have drifted lower, especially as Trump’s social media bullhorn has been virtually silenced.

Instead, Democrats have wounded not only President Trump, but their own president-elect. Joe Biden ran for president promising to bring the country together. His inaugural theme is America United. Nancy Pelosi and her colleagues have made a mockery of Biden’s  appealing entreaty. Her vindictive push to impeach has shown that Biden is not really in charge of his political party. If he were, surely he would have talked Pelosi and her angry House Democrats down from the ledge and convinced her to seek some lesser resolution.

The New York Times writes admiringly that Biden “stays above the fray” and “has maintained a studied cool” as he works toward “lowering the political temperature.” The president-elect, notes the Times, has deferred to Nancy Pelosi and other Democrats in Congress. That’s one way of looking at it. Here’s another: Turning this critical political moment over to Pelosi and her enraged colleagues seems more like submission than deferral. It reads as weakness.

Thanks to the House, Biden’s inauguration -- despite Lady Gaga’s best efforts -- will now be overshadowed by ongoing impeachment drama. It is not clear when the articles of impeachment will be delivered to the Senate, but Majority Leader Mitch McConnell rejected requests from Democrats to call the chamber back early in order to immediately rush ahead with the necessary trial.

McConnell issued a statement saying there was “simply no chance that could conclude” before Inauguration Day. So even as Biden takes office on Jan. 20, headlines will focus on speculation about whether McConnell will vote to convict the president, how many NeverTrump Republicans such as Mitt Romney and Lisa Murkowski will join Democrats, and who will defend the president.

Biden will see his big day subsumed into more bitter partisan politics. Moreover, the outgoing president will remain center stage, which no incoming president would ever like. The longer the impeachment drama drags out, the longer Trump gets to rail about a “rigged” election, convincing millions that Biden is not a legitimate president.

Joe Biden has big plans. He has promised on day one of his administration to rejoin the World Health Organization, reach out to our NATO allies, roll out a giant stimulus program, reenter the Paris climate accords, reverse Trump’s immigration practices, eliminate Trump’s tax cuts, and clamp down on U.S. oil and gas production. He also vows to vanquish COVID-19. He wants to get his Cabinet nominees confirmed. All these ambitions will be delayed by a Senate impeachment trial.

Even if he succeeds in somehow moving his agenda forward, the nation’s attention will be diverted elsewhere in his administration’s early days. On the other hand, given that Joe Biden ran a successful campaign by staying largely out of sight in his basement for months on end and eschewing any free-for-all conversations with the media, maybe having the country focused elsewhere suits him just fine.