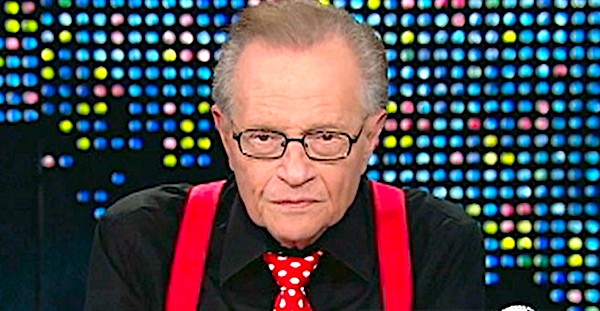 Larry King has been hospitalized for coronavirus, according to multiple reports Saturday.

King has been hospitalized for over a week at Cedars Sinai Medical Center in Los Angeles, a source close to King’s family told CNN. King’s three sons haven’t been allowed to visit their father due to coronavirus protocols.

“Larry has fought so many health issues in the last few years and he is fighting this one hard too, he’s a champ,” a source close to King’s family told ABC News.

CNN: Former CNN host and talk show legend Larry King has been hospitalized in Los Angeles with the coronavirus, according to a source close to the family.

Two of King’s children, Andy and Chaia, died last year while he was recovering from a stroke, according to Entertainment Tonight.

King hosted CNN’s “Larry King Live” for 25 years and had recorded 6,000 episodes before retiring in 2010, according to CNN. The former CNN host had interviewed presidential candidates and various types of celebrities, including movie stars and athletes.