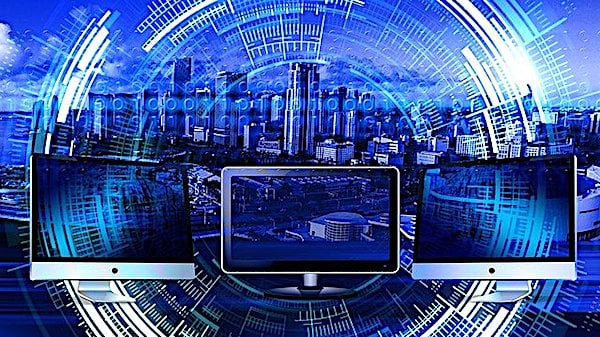 Laura Loomer, a conservative activist and political candidate, and Larry Klayman of Freedom Watch have filed a petition with the United States Supreme Court charging the "anti-competitive, discriminatory practices" of Google, Facebook, Apple and Twitter violate the Constitution.

They argue the Big Tech companies' platforms are a "place of public accommodation," meaning they are not allowed to censor conservative content.

Klayman, the founder of Freedom Watch and a former federal prosecutor who was on the trial team that broke up the AT&T monopoly, previously said the case asks the court "to overturn the dismissal of their class action complaint against social media companies for restraint of trade, attempted monopolization and illegal political discrimination in a public forum against conservatives, libertarians and people of faith, as the law in the District of Columbia forbids such discrimination."

Loomer, who has been targeted by social media bans, said at the time: "My legal battle against the Silicon Valley Big Tech Tyrants is America’s battle. For far too long, these companies have been silencing peaceful political speech in an effort to support the political agenda of Left. The massive censorship and cancel culture campaign these companies are currently participating in through an anti-competitive and discriminatory collaboration is primarily being used as tool to target and silence conservatives and supporters of President Trump in an effort to help the Democrats win the 2020 election."

The lower court "erred" by affirming a judge's decision to deny the plaintiffs discovery and their right to a jury trial, the complaint says.

"We are hopeful that the Supreme Court will take the petition seriously and grant review for the sake of preserving Freedom of Speech in the United States of America," Loomer said.

"It's time for the Supreme Court step up to the plate in order that all persons and groups will be treated equally by these Big Tech social media giants," Klayman said.

The complaint states the case was brought against the technology and social media companies "in response to their well-documented and publicized anti-competitive pattern and practice of suppressing and censoring conservative content."

It now includes "admissions from employees [of the defendants] that such targeted suppression and censorship was, indeed, occurring."

Loomer and Klayman both "rely on social media platforms to 'inform the public about [their] conservative advocacy and to raise the funds through donations to further its public advocacy and mission."

The companies, according to the filing, "acted anticompetitively to suppress and censor conservative content. For instance, YouTube, which is owned and operated by its parent company, respondent Google, demonetized the channels of conservative Prager University and Western Journal and also targeted conservative pundit Alex Jones of InfoWars due to their conservative political viewpoints," the filing explains.

It alleges "Facebook has in concert with other social media giants anticompetitively censored and suppressed conservative content, including through the admissions of it[s] former employees who admitted that they 'routinely suppressed news stories of interest to conservative readers."

Quoted in the filing is Campbell Brown of Facebook, who had explained the company was changing so that it now has "a point of view" on news.

"We are … taking a step to try to define what 'quality news' looks like," he said.

Loomer has been permanently banned from several platforms because of her political opinions, it explains.

The case's arguments are bolstered, the filing states, by the fact that last October the Department of Justice sued Google in federal court over related issues.

The case contends there is a motive behind the censorship of Loomer and others conservatives.

"The aim of this conspiracy to suppress politically conservative content is to 'take down President Donald Trump' and his administration with the intent and purpose to have installed leftist government in the nation's capital and the 50 states," the brief says.