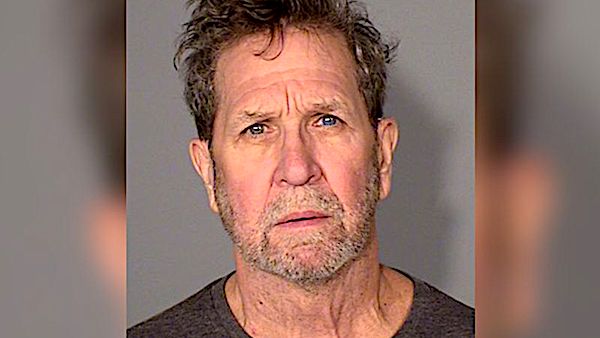 A fitness club manager and Army veteran tackled a man who pointed a gun at his chest while complaining about people not adhering to mask mandates as they were exercising in Maplewood, Minnesota, on Thursday, the Anchorage Daily News reported.

Assistant manager of the LA Fitness club Mike Olson, 33, tackled 64-year-old Michael Florhaug after he brandished a firearm and turned away from him, according to the Anchorage Daily News. Florhaug was not a member of the club at the time of the incident, and a state-issued permit to carry a firearm was found in his wallet.

“I just kind of knew it had to be done. It didn’t take much thinking. It was more of a reaction,” Olson said, according to the Anchorage Daily News.

“I just kind of knew that it had to be done.”

The man accused of wielding a handgun inside an LA Fitness center over maskless exercisers was subdued by the facility’s manager, who credits his quick reaction with the four years he spent in the army.https://t.co/Okdv7SBrlB

Florhaug was charged with assault with a dangerous weapon, according to the Anchorage Daily News. He reportedly complained to an employee at the front desk about people exercising without masks and threatened to take photographs of club members who weren’t complying with the state mandate.

Olson raised his hands to prevent Florhaug from entering the club and Florhaug pulled a firearm from his sweatshirt pocket and pointed it at the assistant manager, Olson said, according to the Anchorage Daily News. Olson “thought Florhaug was going to shoot members who didn’t have masks on” and tackled him from behind and disarmed him.

Florhaug disagreed with Olson’s account of the incident and insisted that he only “flashed the gun” as he was trying to leave the building before he was tackled, according to the Anchorage Daily News.

“[While] we definitely recommend that people call the police and try not to take matters in their own hands, it appears that the manager didn’t really have a choice. He felt like people’s lives were at risk. … He did a great job,” Maplewood Police Sgt. Joe Steiner said, the Anchorage Daily News reported.

Florhaug was arrested Thursday and remains in jail and is scheduled to appear in court Tuesday, the Anchorage Daily News reported.