Matt Drudge of the Drudge Report news site is a rare tweeter, but when he does speak online, it often gets attention. 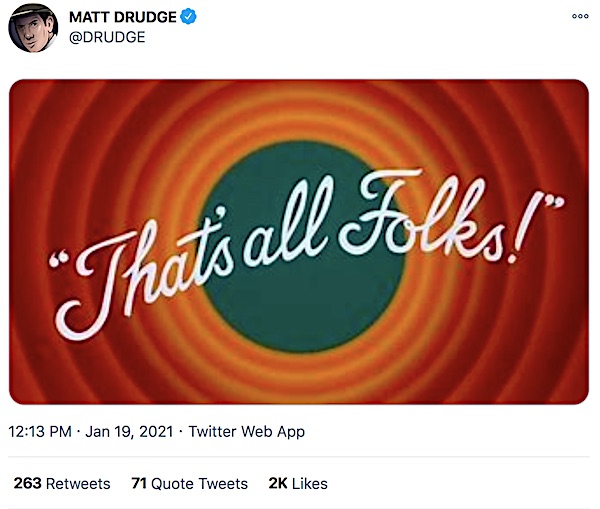 There was no other comment from Drudge associated with the tweet, which could be inferred to reflect the end of President Trump's time in office.

Some comments below his tweet featured a variety of opinions, including: 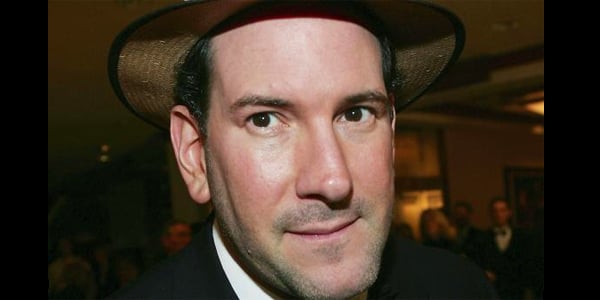 As WND reported, there has been a "historic crash in viewership" for Drudge, the web's most popular news aggregator, according to numerous reports.

The famed headline writer himself has denied he's made any significant changes.

But many have noted the tone and content of the site, which made its reputation on the Monica Lewinsky scandal during the Clinton administration and since then became a favorite for conservatives, has become harshly and relentlessly critical of President Trump.

For months, speculation has been rampant as to the reason for the 180-degree change, but no explanation has been forthcoming from the central figure.

ZeroHedge reported the Drudge Report website "continues what has been a historic crash in viewership in August."

"The site's traffic in August fell to 63 million readers, down from 66 million in May, according to True Pundit. Just months ago, in September 2019, the site was regularly garnering 95 million readers. Comscore data also put Drudge's viewers at 1.488 million unique visitors in July, down 38% from July of 2019, according to The Wrap."

In August 2019, said the report, the site had "well over 100 million" readers, but the recent "slide" has been "after many conservatives, including President Donald Trump, have asserted that the site had given up its long held conservative ideology."

The Wrap noted Trump has been critical of Drudge recently, "and while it's subjective to argue whether the right-leaning news aggregator has moved away from positive Trump stories, one thing is true: Drudge's readership is down a whopping 38% from last year."

Tablet Magazine speculated in November that Drudge himself has logged off for good.