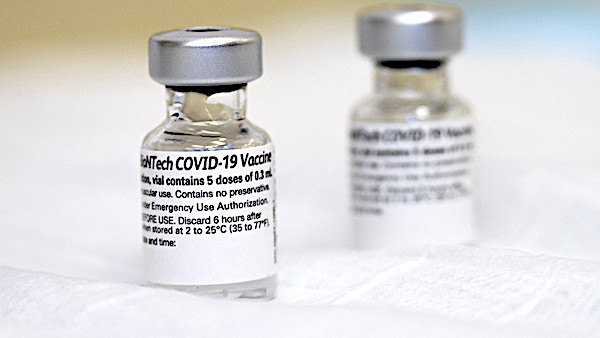 The coronavirus epidemic is surging and taking with it the economy, our ability to gather with friends and family, and our hopes for the future. We need to get it over with. But in the midst of the explosion in new cases, some states are actually experiencing declines in the number of new cases while other states are witnessing increases. Changes in the rate of infections have been attributed to political affiliation, defiant lifestyles, and irresponsible leadership. But there may be a simpler answer. Some states may be running out of people who have not already been infected.

Experts estimate that about two-thirds of the population need to have neutralizing antibodies in order to reach herd immunity. Two-thirds of the 325 million people in the United States is about 218 million people. You can get antibodies that neutralize the virus in one of two ways: taking an effective vaccine, which is only being starting to be administered, or having been infected with the coronavirus that causes COVID-19.  About 19 million people in the U.S. have had confirmed cases of COVID.  But confirmed cases may be the tip of the iceberg. Although   estimates vary, the Centers for Disease Control believes that about eight people have been infected  for each one person with a documented case. If we multiply the 19 million known cases by 8, it is possible that about 152 million people are already immune. Yet, the proportion of people who have been infected and the rate of new cases varies significantly by state.

Using publicly available data sources, I estimated the number of people who might have immunity in each state. The simple calculation multiplies the number of known cases in each state by 8. Then, I divided by the number of expected immune people by the state population. The numbers vary dramatically across the country, with North Dakota topping the list at 92% in contrast to the least affected state, Vermont, at a mere 7%.

A very crude estimate suggests that new cases should begin trending downward when about 60% of the population has been infected. My rough estimate showed that five states are likely to have more than 60% of their populations previously infected (North Dakota, South Dakota, Iowa, Wisconsin, and Nebraska) with three others (Utah, Rhode Island, and Wyoming)  approaching 60%. In each of these states, the recent trajectory for new cases is declining.  States where the seven-day rolling averages are trending upward tend to have a lower rate of previous infections: South Carolina (39%), Texas (36%),  Massachusetts (34%), California (32%), West Virginia (29%),  the District of Columbia (28%), and New York (17%).

We have good reason to believe that a previous infection provides immunity. The two new vaccines are estimated to be about 95% effective in preventing infections. However, those who have suffered a previous infection may enjoy greater than 99% protection. True, there have been a few cases of COVID survivors who became reinfected. But reinfection is very rare. There are only 31 documented cases among some 81 million people who have been infected.  In two large vaccine trials, people taking the active vaccine were 95% less likely than those getting placebo to get COVID. But those injected with placebo were still 200 times more likely to get COVID in comparison to the rate of reinfection among COVID survivors.

To be clear, I am not advocating that people deliberately get exposed to the coronavirus. It is simply too large a gamble. COVID-19 can have devasting consequences, including death. That is why so many people oppose achieving herd immunity through careless life choices. But unfortunately, many people have already become victims of the coronavirus. If they survived without lasting effects, they are not likely to get a new infection. In the states were the virus has hit hardest, we may be running out of people who are likely to get a new case of COVID-19.

We are a big country with the unified goal of defeating the coronavirus. But we are also a federation with 50 states. One size does not fit all, and we must recognize that our state leaders face very different situations. It is possible that some states may be approaching herd immunity, even without a vaccine. Others remain highly vulnerable. For now, all states should continue to advocate for prudent behavioral approaches to masking, distancing, and hand washing.  State leaders might use information on previous infections, perhaps augmented by new surveys on antibody prevalence, when they evaluate how they can best prioritize their limited vaccine supplies. Since previous infection may offer protection equal to or better than a vaccine, it makes no sense to give two dose for someone who has already been infected. In North Dakota, that would free up at least 180,000 does – enough to give a first injection to nearly a quarter of the population. Leaders could also be better armed to face equally fraught decisions, such how to ease restrictions and when to open the public schools. With prudent use of resources and data-based planning, a return to normalcy may be in our future.

Robert M. Kaplan, Ph.D., is a faculty member at Stanford Medical School Clinical Excellence Research Center, a former associate director of the National Institutes of Health, and a former chief science officer for the U.S. Agency for Healthcare Research and Quality.