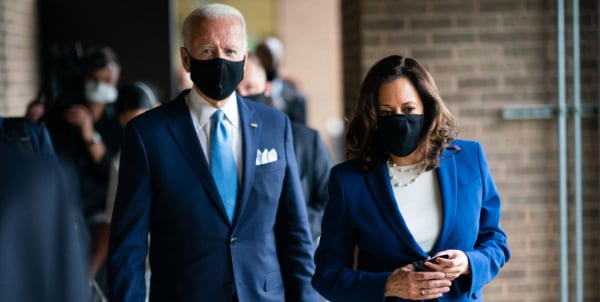 Along with tax cuts, a foundation of the economic policy that led to a roaring economy before the COVID-19 pandemic lockdowns was deregulation.

Applying common sense through a cost-benefit analysis – including consideration of long-term costs such as environmental impact – the Trump administration rule was to eliminate two regulations for every new regulation that was implemented.

Now, in an executive order that has been largely overlooked, President Biden not only is reversing the Trump policy, he's taking regulatory power a step further.

Titled "Modernizing Regulatory Review," the order shows that for the Biden administration, regulatory power is more than a means of protecting lives and maintaining an even playing field. It's one of the primary means to advance the far-left agenda enacted in other executive actions since Inauguration Day, which base policy on race, gender equality and climate change rather than on what has worked historically to the benefit of everyone, whether rich or poor.

The order isn't about "modernizing" regulations, contends the editorial board of Issue & Insights, it's "about unleashing the regulatory state with a ferocity never before seen in this country."

Released late in the evening of his first day in office, Jan. 20, the order signals Biden's intent to eliminate the cost-benefit analysis that, the editors point out, "for many decades has served as at least a modest brake on the ambitions of regulators."

Biden, instead, wants the review process to be "a tool to affirmatively promote regulations" and "to ensure swift and effective federal action" on everything from the pandemic to the economy, racial inequality and the "undeniable reality and accelerating threat of climate change."

James Goodwin, a senior policy analyst at the Center for Progressive Reform, thinks the order is a really big deal.

"I realize what I'm about to say to you sounds absurd. It has the potential to be the most significant action Biden took on day one," he told the Huffington Post.

The Post affirmed that Biden's order is "game changing," possibly leading, according to analysts, to a "break with 40 years of conservative policy."

The Post said it "could unleash a wave of stronger regulations to reduce income inequality, fight climate change and protect public health."

Clyde Wayne Crews, a regulation expert at the Competitive Enterprise Institute, warned that Biden's order is "likely to do away with cost-benefit analysis by elevating unquantifiable aims as benefits and deny costs of regulation altogether," Issues & Insight pointed out.

In so doing, Crews said, it will "put weight on the scales of whether or not to regulate such that the answer will always be in the affirmative."

The Insight & Issues board said one of Trump's biggest unheralded achievements was to begin "to rein in the regulatory state."

"A lifelong businessman, Trump understood – in a way lifelong politicians cannot – the avalanche of regulations that fall on a business and the enormous costs they impose. One of his very first actions was the two-for-one order," the board said.

Crews pointed out that Trump actually exceeded his two-for-one goal, with agencies eliminating 4.3 rules for every new one.

That deregulatory policy ended up saving households an average of $3,100 a year, according to the estimate of the Trump administration's Council of Economic Advisers.

While that figure may be debated, there's no doubt that Trump slowed the regulatory advance.

Today, according to the Competitive Enterprise Institute, regulations imposes $1.9 trillion in annual costs, which amounts to an enormous hidden tax on families.

"In fact, if our regulatory state were a country, it would be bigger than Canada's entire economy," the editorial board notes. "The idea that we are getting more than $1.9 trillion in health and safety benefits from these rules is laughable."

The board recalled that throughout the 2020 presidential campaign, it warned that Biden "was hiding his agenda from voters because it was far more extremist than he let on."

"Now that he's safely in the White House, he is taking the wrappings off," the board said. "We hate to say we told you so, but we told you so."

And so far, the Democratic Party's far-left base is pleased.

In an interview on MSNBC’s "All In," the New York lawmaker said the orders Biden issued Wednesday on climate change, in particular, show "a good-faith openness and relationship" to the party's progressive activist base.

"One is that it really communicates that he meant what he said on the campaign trail, that he would make climate change a central priority of his administration, and that he considers it, not just a national security threat, but frankly, the global matter that it is," she said.

"But it also really signifies a good-faith openness and relationship to those activist communities that you had mentioned, these grassroots communities and organizations, on the ground workers, etc., scientists, saying, we are not going to be resistant to grassroots movements, but we are going to collaborate and work with grassroots movements all across the United States to make sure that we are creating as many jobs and as much justice as possible as we fight to save our planet."