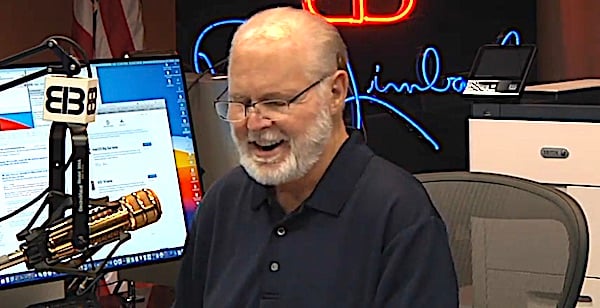 Establishment Republicans are willing to fade into oblivion for an entire generation to get rid of Donald Trump and his populist MAGA movement, says talk-radio host Rush Limbaugh.

He was responding to a listener who asked how Republican Rep. Liz Cheney could vote to impeach Trump. She has since been condemned by her own party in Wyoming and will face a strong primary challenge in the next election.

Limbaugh said a similar cleansing in the GOP happened when Ronald Reagan left office after two terms and George H.W. Bush was elected.

"The Republican Party immediately began to eliminate anything that Reagan had to do with anything in terms of policy," he said. "George H. W. Bush ran for election claiming to be Reagan’s third term. And he got elected on that. But he started raising taxes. He did everything the opposite of what Reagan did, started making deals with the Democrats. And the reason was that the Republican establishment back then had no use for conservatives, no use for us, no use for conservatism."

He said it's even worse now, after Trump's impact on the nation for four years.

"The hatred for Trump among Washington establishment types, be they Republican or Democrat, is so virulent, it is so powerful, it’s so all-consuming that it takes precedence over everything else," he explained. "It’s a sign of Trump’s effectiveness. It’s an example of how good he was, how effective he was. They’re scared to death of him still, after he has retreated and is now holding court at Mar-a-Lago, they’re still scared to death of him. That’s why they want to impeach him. That’s why they want to run around claiming he can never run for office again. Everything they’re doing to Trump is unconstitutional, but they don’t care. If they can pull it off, they’ll pull it off."

He pointed out there are nearly 75 million people who voted for Trump.

"That's a political party right there, my man. That is a political party. And it's got to be dealt with. If you are part of the Washington establishment, the 75 million that voted for MAGA, that voted for Trump, we can't have that. So not only do you have to take out Trump, you have to destroy his agenda at the same time. You can’t let somebody else pick up the mantle," he said.

Limbaugh said establishment Republicans try to "attach" themselves to conservatism when its expedient.

"But they never convert to conservatism. They do their best to make you think they are, but they don’t and they aren’t," he said.

Trump and his success "just offended the hell out of them."