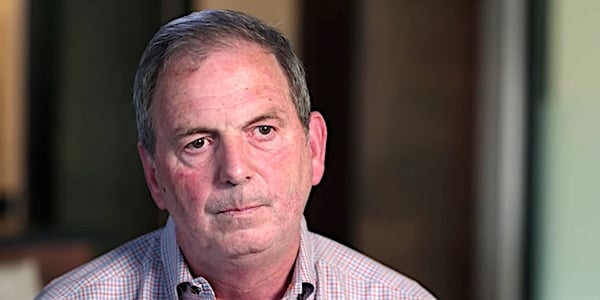 The Lincoln Project has issued a statement denouncing co-founder John Weaver as a “predator, a liar, and an abuser.”

“John Weaver led a secret life that was built on a foundation of deception at every level,” the Lincoln Project said in a Sunday statement. “He is a predator, a liar, and an abuser. We extend our deepest sympathies to those who were targeted by his deplorable and predatory behavior.”

Weaver apologized in early January for sending “inappropriate” messages to multiple men, according to Axios. He also announced that he is gay and said that he would not be returning to the Lincoln Project.

“While I am taking full responsibility for the inappropriate messages and conversations, I want to state clearly that the other smears being leveled at me … are categorically false and outrageous,” Weaver said.

Conservative writer Ryan Girdusky, a Lincoln Project critic, had alleged Jan. 9 that multiple young men had sent him screenshots of predatory messages from Weaver. He followed up this announcement with a story in The American Conservative describing Weaver’s alleged “predatory actions” and alleged grooming of young men.

Several weeks later, the New York Times reported Sunday that Weaver sent sexually provocative and unsolicited messages to young men for years. The publication talked to 21 young men who said that the messages suggested that Weaver could help them get jobs in politics.

One of these young men was 14 when Weaver messaged him, the publication reported.

None of the men accused Weaver of unlawful conduct and the messages only led to one consensual sexual encounter, according to the Times. However, the men described feeling preyed upon by Weaver, an older and influential man with the potential to help them gain the job they wanted.

Lincoln Project leaders have said they did not know about the allegations against Weaver until this month, though co-founder Steve Schmidt said that the organization’s leaders found from social media posts this summer that Weaver might have relationships with men, the Times reported.

“There was no awareness or insinuations of any type of inappropriate behavior when we became aware of the chatter at the time,” Schmidt told the Times. He said that Weaver denied the allegations.

“I am so disheartened and sad that I may have brought discomfort to anyone in what I thought at the time were mutually consensual discussions,” Weaver told the Times. “In living a deeply closeted life, I allowed my pain to cause pain for others. For that I am truly sorry to these men and everyone and for letting so many people down.”

The Lincoln Project did not immediately respond to a request for comment from the Daily Caller News Foundation.