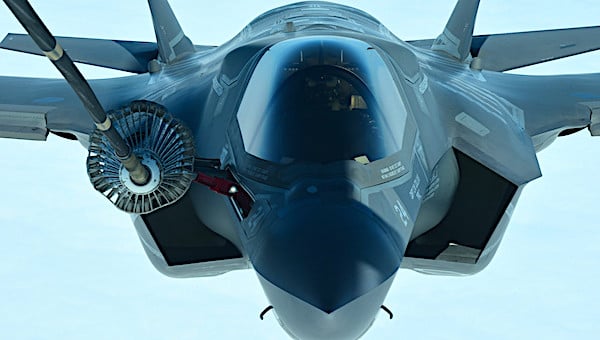 Everything we have been urgently warning about for four years has come true: The lords of the Internet – Google, Facebook, Twitter and others – are finally making their big move for all-out, undisguised, totalitarian control of what you are allowed to read, watch, hear – and therefore think.

For Twitter to permanently ban the president of the United States, Donald J. Trump – who just two weeks ago a Gallup survey of Americans revealed to be the “most admired” man in the world – makes it pretty clear that Big Tech’s mask is off.

For years, tech monopoly CEOs lied and made lame excuses when congressmen and senators questioned them in committee hearings about why they continually censored, suppressed and tried to destroy conservatives, Christians and pro-lifers. Their answers were always, “It was a glitch.” “It was a mistake we have since corrected.” “A mid-level employee thought it violated our community standards, but on further examination, we have determined that was in error and have corrected it.” And so on – all lies.

We even heard this craven excuse-making when, one week before the most crucial election in American history, Twitter and other social media sites banned the New York Post’s devastating – and truthful – story documenting the corruption and criminality not just of Joe Biden’s son Hunter, but of the entire Biden family. Twitter CEO Jack Dorsey, later questioned fiercely by Sen. Ted Cruz about this, made the usual excuses: “Straight blocking of URLs was wrong,” Dorsey tweeted in his faux apology, “and we updated our policy and enforcement to fix. Our goal is to attempt to add context, and now we have capabilities to do that.”

But now, as I said, the mask is off. No more excuses or blaming employees or “glitches” or pretending to sort-of apologize. Since the Jan. 6 congressional certification of the presidential election for Joe Biden – despite massive election fraud (not “irregularities”) – and the siege of the U.S. Capitol building, social media giants have abandoned their former painful pretense and now openly pursue the course they long dreamed of: Effectively purging conservatives from the internet, as though they didn’t exist.

Hence, not only did Twitter ban Trump, but also many of his most prominent supporters and advisers, like attorney Sidney Powell and Gen. Michael Flynn – for life. And the list grows daily. But that’s just the beginning. Talk-radio giant Cumulus Media is telling its conservative talk-show hosts to shut up about election fraud or get fired, saying, “If you transgress this policy, you can expect to separate from the company immediately.”

No sooner did prominent conservatives announce they were quitting Twitter in favor of free-speech social media alternatives like Parler, than the Tech Giants set out to kill their competitors in the cradle. As Media Research Center President Brent Bozell put it: “Google, Amazon, Facebook, Apple, Twitter and a handful of other tech giants have seized control over the internet. … The widespread acts of censorship we witnessed this past weekend should scare everyone. If Big Tech is not reined in soon, democracy will die.”

Which brings me to WND.

What, you might ask, can WND possibly do about the rising insanity and unprecedented wickedness all around us?

Well, here’s what we can do: Honestly, accurately and fearlessly shine a very bright journalistic light into all the growing darkness and focus that light on corruption and fraud and deceit and evil everywhere they can be found.

This is exactly what Thomas Jefferson was talking about when he said, “The only security of all is in a FREE PRESS.” He knew an honest, truth-oriented press is essential for a free society to exist. In fact, that’s the very reason Big Tech (like the maniacal Leftist juggernaut of which it is a part) doesn’t want a free press in America! We at WND have always known this, which is why our motto since 1997 – long before most of the rest of the online media pack even existed – has been “A Free Press for a Free People.”

However, right now, just when our country needs a free press more than ever before, the free press happens to be in a very tough situation. As you may know, Big Tech has been attacking WND for very a long time:

* For years, Google has set its search algorithm to push WND way, way down in its search results.

* The Southern Poverty Law Center, the leftwing hate group Big Tech companies rely on to identify hate groups, characterizes WND as a hate group – one engaging in “manipulative fear-mongering and outright fabrications designed to further the paranoid, gay-hating, conspiratorial and apocalyptic visions … from the fringes of the far-right and fundamentalist worlds.” (Translation: We’re conservative and Christian, and therefore must be destroyed.)

* Last September, Facebook suddenly decided to massively suppress WND’s traffic on their platform – by about 90%. No reason given.

* And of course, the tech monopolies have long been perpetrating an all-out assault on our operating revenues:

"Journalism, sustained by traditional advertising, is dying," confirms the respected Washington, D.C.-based Electronic Privacy Information Center, or EPIC. In the research center's written testimony to Congress's Subcommittee on Digital Commerce and Consumer Protection, EPIC summarized its findings starkly: "Two companies [Google and Facebook] dominate the market. The privacy of internet users is under assault. The revenue model that sustained journalism is broken.”

Remember what enabled Google and Facebook to accomplish this – to essentially steal the life-sustaining advertising revenues from WND and other independent online news organizations: It’s their scandalous practice of invading your privacy and harvesting and monetizing your private, personal information.

As I said at the outset of this letter, we at WND have been warning – not for months, but years – that all this was coming. We documented how the leaders of Google, the most powerful company on earth, considered Trump's 2016 electoral triumph to have been a grotesquely historic mistake and a major failure on their part. They believed they didn't try hard enough on Hillary Clinton's behalf, and, as multiple courageous ex-Google whistleblowers told us over the years, Google fully intended to get the job done right in 2020.

To that end, as WND reported, based on multiple interviews with Harvard psychologist Dr. Robert Epstein – a lifelong Democrat whose extensive, peer-reviewed research on Google is featured in the sensational documentary "The Creepy Line" – Google has long been obsessed with defeating Trump.

“Not only does Google have the power to shift votes and opinions on a massive scale,” Epstein told us, “they actually USE that power.”

"Randomized, controlled experiments conducted with more than 10,000 people from 39 countries," Epstein said, "suggest that one company alone – Google LLC, which controls about 90 percent of online search in most countries – has likely been determining the outcomes of upwards of 25 percent of the national elections in the world for several years now, with increasing impact each year as Internet penetration has grown."

Bottom line: Big Tech's two most urgent tasks have long been #1) defeating Donald Trump in November’s election – which they unfortunately accomplished, and #2) making dissenting voices disappear, since that would pretty much eliminate any chance of a return of the real, Judeo-Christian America of our youth, and leave our once-great nation permanently in the hands of heedless, godless and conscienceless Far Left lunatics.

Friends, we are fighters here at WND, and we still intend – as long as God allows us to exist as a news organization – to shout the truth from the rooftops and publish it from sea to shining sea! WND fully intends to continue to sound the alarm and expose the totalitarian left's efforts to completely take over America – everything from the Democrats' election-time specialty of voter fraud, to the leftwing indoctrination of young voters at America's progressive brainwashing centers called colleges, to the Democratic Party's passionate love affair with abortion, to exposing all the outrageous lies of the corrupt "mainstream news media."

There is, thank goodness, some good news. There is one key factor in WND’s continued existence and wellbeing that neither Big Tech, nor Nancy Pelosi and Chuck Schumer, nor the lying “mainstream media” can touch. And that is you, and your willingness to partner with us to keep us shining the bright light into the darkness.

Therefore, I am humbly but boldly asking you, during this troubled but crucial time for our beloved country, to please consider making a generous, tax-deductible donation to the WND News Center, the nonprofit, charitable, 501(c)3 sister organization to the for-profit WND.

WND is the oldest online Christian journalism organization in America, staffed by experienced professional journalists from all the major broadcast and print organizations, but who are also committed Christians. The WND News Center, which has been approved and designated by the IRS as a public charity, makes our original investigative reporting, breaking news, analysis and commentary available free for re-publication to other qualified news organizations.

The nonprofit route has emerged as one of the most viable and necessary vehicles for online news in the era of the Big Tech monopoly, especially since, in addition to banning, censoring, shadow-banning, demonetizing and otherwise suppressing news and expression reflecting Judeo-Christian moral values, Big Tech has vacuumed up some 90% of all digital advertising! As a result, we are almost totally dependent on your support.

But that’s OK with us, as long as you’re willing to partner with us!

Friends, WND and the WND News Center cannot survive without your support. It’s as simple as that. If you help us, we will be able to boldly report, like no one else, on the tremendous forces of anarchy, insanity and spiritual darkness that are now washing over our beloved republic. Help us push back against the tide of darkness!

Whatever you can donate, just know that you are deeply appreciated by all of us, just as, in turn, our special brand of journalism is appreciated by millions of readers. Please help keep the flame of America's free press alive.

This is a time for bold action – for all of us. Our adversaries are not holding back, and we need to not hold back either. I pray you will be inspired to join with us by making a tax-deductible donation to the WND News Center.

Thank you so much, and God bless you.