Although it's currently experiencing a full frontal attack, for decades the United States of America has been under covert, slow-motion assault by the revolutionary Left, a religious-political movement fundamentally at war with both Christianity and America.

From the sexual revolution and the “marriage-is-legalized-rape” radical feminists of the 1960s, to today’s open love affair with socialism, sexual anarchy, abortion, identity politics, radical environmentalism and “defunding the police,” the Left has relentlessly pursued its goal, as Barack Obama put it, of “fundamentally transforming the United States of America.”

And although President Donald J. Trump fought mightily against this tide for four years, tirelessly pursuing a pro-life, pro-religious freedom, pro-Constitution, pro-America agenda, as of the end of 2020 the revolutionaries are clearly ascendent.

Consider that in the past year the radical Left – with whose cause Big Media, Big Tech, Big Education, Big Hollywood and the entire Democratic Party totally identify – has succeeded in:

* indicting the freest, most welcoming and least racist nation on earth as irredeemably racist;

* abandoning their former “safe, legal and rare” stance on abortion in favor of wanton celebration of late-term abortion up to the moment of birth and beyond;

* encouraging innocent children to irreversibly ruin their lives by chemically (and sometimes surgically) “transitioning” to the opposite sex – a scientific impossibility;

* using the COVID pandemic as a cover for imposing unprecedented totalitarian control over Americans; and

* gaslighting an entire nation by perpetrating the most wide-ranging, egregious and in-your-face election fraud in U.S. history while pretending disenfranchised American voters who simply want a fair and impartial investigation are the crazy ones, “trying to steal the election from Joe Biden.”

And that’s just for starters.

As America’s once-great middle class becomes crushed through endless COVID lockdowns, a wealthy and privileged globalist elite is not only growing ever richer and more powerful, but also strategically deploying COVID as a pretext for engineering what they call a “Great Reset” of the world – replacing capitalism with socialism. This is neither conspiracy theory nor partisan conjecture; the “Reset” movement’s leaders openly brag about it.

So now comes the big question: With such genuine wickedness openly manifesting in “the land of the free,” so much that it evokes the Apostle Paul’s admonitions about “powers and principalities” and “spiritual wickedness in high places,” what can good Americans do about the precarious state of their country? During this time of genuine tribulation and even persecution, how should moral, right-thinking Americans, who work hard, love their country, honor its history and obey its laws – and who don’t pretend there are dozens of new genders and that America is a despicable racist hellhole – now respond? 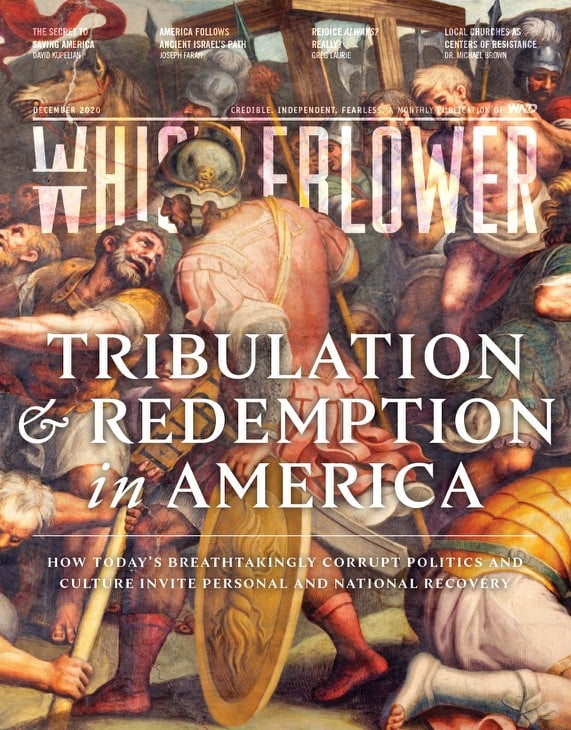 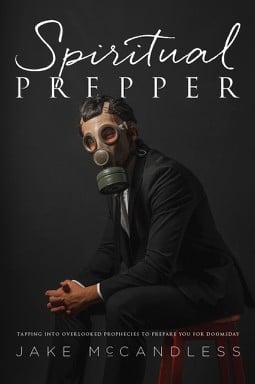 First, you’ll get a copy of “Spiritual Prepper: Tapping into Overlooked Prophecies to Prepare You for Doomsday” by Jake McCandless. 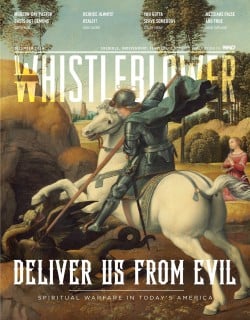 SPECIAL BONUS! In addition, when you subscribe, renew or give a gift Whistleblower subscription today, you’ll also get one of the most popular – and powerful – issues of Whistleblower ever published: “DELIVER US FROM EVIL: Spiritual warfare in today's America.”

Hundreds of millions of Christians worldwide celebrate the life of Jesus. Pastors passionately recount every aspect of his earthly existence – from his virgin birth, ministry, parables and miracles to his confrontations with authorities, crucifixion, resurrection and prophesied second coming.

Among the highlights of "DELIVER US FROM EVIL" are an in-depth interview with a board-certified psychiatrist and professor of clinical psychiatry who regularly refers patients to bona fide exorcists, confiding that it's "hard to deal" with the supernatural cases he frequently sees "without believing pretty strongly in a world of evil spirits." Then there’s the comprehensive story on “Spiritual Warfare” author Karl Payne – headlined "Meet a modern-day pastor who casts out demons" – which lays out, step by step, his powerful, proven, biblical method for freeing people from dark forces that have plagued them for decades.

Kupelian added: "Genuine deliverance from demonic oppression and influence is very real, but it is not a bizarre, circus-like event. It is something entirely different – dignified, honest, sincere, beautiful, cleansing and quietly life-changing. That's what "DELIVER US FROM EVIL" is all about."

If you prefer, you may order a single copy of the December 2020 issue, “TRIBULATION AND REDEMPTION IN AMERICA.” Or GET THE DIGITAL VERSION HERE!

WND News Services
These reports are produced by another news agency, and the editors of WND believe you'll find it of interest.
Couple shoots and kills bear after being attacked in their home
Man sues Burger King for serving him non-kosher burger
Trump's secretary of state filming 'biblical highway' movie in Israel
WATCH: Christians, Jews unite to blow shofar outside WHO's World Health Assembly
'I just want to die': Horrific experiences with abortion-by-pill revealed
See more...