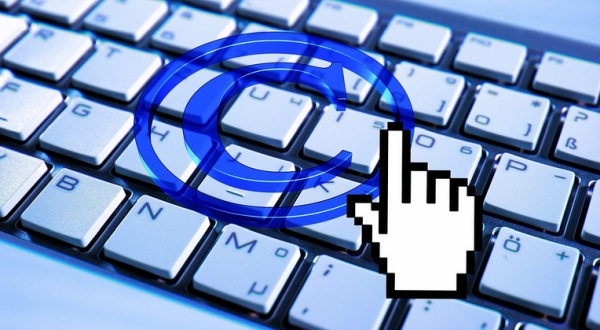 Some the most important and beneficial achievements of the Trump administration have occurred at the crossroads of antitrust and intellectual property.

This is due in no small part to the effective, visionary leadership at the helms of the Justice Department Antitrust Division and of the U.S. Patent & Trademark Office. Assistant Attorney General Makan Delrahim and PTO Director Andrei Iancu have made a tremendous difference by their devotion to property rights and the Rule of Law. This was highlighted this past fall at Eagle Forum Education & Legal Defense Fund’s discussion and dinner.

In antitrust, Mr. Delrahim has set forth an intellectual framework for antitrust and IP called the New Madison Approach. This intellectual basis calls for enforcement humility, especially where patent exclusivity is exercised unilaterally by a patent owner. It urges reliance on contract or patent law remedies whenever possible. It explains how patent rights drive dynamic competition.
Did the Trump administration help on issues of intellectual property?
100% (8 Votes)
0% (0 Votes)
DOJ’s weighing in on IP-antitrust cases such as Continental v. Avanci, FTC v. Qualcomm and Intel v. Fortress has led to important legal precedents solidifying the beneficial principles of the New Madison Approach to guide antitrust enforcement and analysis.

A brief look at timely antitrust principles should give the incoming administration and Congress prudential, principled guidance in such matters as deterring predatory Federal Trade Commission litigation against such innovators as Qualcomm and dealing appropriately with Big Tech platforms.
One of the crowning achievements of the past half-century has been the establishment of the “consumer welfare” standard as the bedrock principle for assessing anticompetitive conduct. The U.S. Supreme Court laid the capstone in its 1979 Reiter v. Sonotone case, saying, “Congress designed the Sherman Act as a ‘consumer welfare prescription.’”

Before the adoption of the consumer welfare standard, antitrust application tended toward the subjective, lacked principle and yielded to politicization — at odds with the Rule of Law. Justice Antonin Scalia had found preconsumer-welfare-standard antitrust law “did not make any sense then.” Thanks to Judge Robert Bork and his The Antitrust Paradox, antitrust makes more sense now.

A recent Heritage Foundation report sums up the consumer welfare standard as antitrust law’s being “concerned solely with economic welfare (as opposed to an approach that included vague noneconomic objectives) and it should help to ensure that consumers were protected from anticompetitive behavior.”

The consumer welfare standard, because of its well-reasoned, well-founded basis, has delivered an objective measure and impartial approach to matters of monopolization — the power to control prices or exclude competitors coupled with exclusionary conduct.

The D.C. Circuit decided U.S. v. Microsoft (2001) on the consumer welfare standard: “[T]o be condemned as exclusionary, a monopolist’s act must have an ‘anticompetitive effect.’ That is, it must harm the competitive process and thereby harm consumers. In contrast, harm to one or more competitors will not suffice.” The court found several of Microsoft’s practices were exclusionary without sufficient efficiency benefits.

The Supreme Court unanimously has applied the consumer welfare standard in judging individual corporate conduct. It ruled in Verizon v. Trinko (2004): “The mere possession of monopoly power, and the concomitant charging of monopoly prices, is not only not unlawful; it is an important element of the free-market system. The opportunity to charge monopoly prices — at least for a short period — is what attracts ‘business acumen’ in the first place; it induces risk taking that produces innovation and economic growth. To safeguard the incentive to innovate, the possession of monopoly power will not be found unlawful unless it is accompanied by an element of anticompetitive conduct.

“Firms may acquire monopoly power by establishing an infrastructure that renders them uniquely suited to serve their customers. . . . [A]s a general matter, the Sherman Act ‘does not restrict the long recognized right of [a] trader or manufacturer engaged in an entirely private business, freely to exercise his own independent discretion as to parties with whom he will deal.’” Trinko recognizes innovation effects while denying a duty to deal to help one’s competitors.

To be sure, there are bad actors and bad acts that breach antitrust laws. Some firms holding monopoly power don’t break antitrust law under the consumer welfare standard’s tests. They haven’t acted anticompetitively. Yet, as DOJ has shown, other laws often provide remedies that appropriately apply.

For example, Google and Amazon practice predatory infringement of patents and IP. Restoration of strong IP rights, improving access to injunctive relief and treble damages against willful infringers, would bolster the ability of innovators to hold behemoths accountable. Section 230 reform or repeal could make Internet platforms accountable to police IP-infringing content and not only take it down one instance at a time, but make sure it stays offline. Antitrust scrutiny of mergers or acquisitions where monopolists aim to gobble up potential competitors to quash competition rather than enhance the big company’s efficiency is in order.

Conservatives and those who revere private property rights and the Rule of Law should pay close attention to what should be conserved. Throwing a bedrock legal standard that ensures fairness and objectivity in antitrust — and thus promotes free enterprise, dynamic competition and property rights — overboard for a short-term, specific target would be radical, destructive, and unprincipled.

James Edwards is executive director of Conservatives for Property Rights (@4PropertyRights) and patent policy advisor to Eagle Forum Education and Legal Defense Fund.  The views expressed are his own.