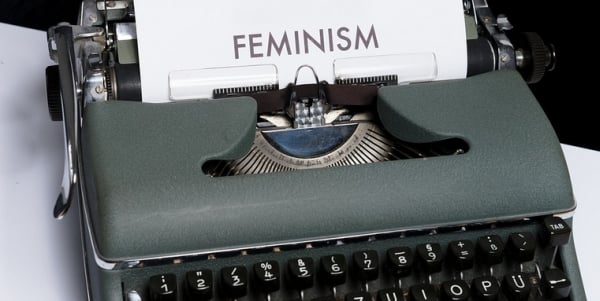 President Joe Biden signed an executive order Wednesday evening that sets the stage for rolling out transgender protections — a move that critics protested through the hashtag “Biden erased women” Thursday.

“Children should be able to learn without worrying about whether they will be denied access to the restroom, the locker room, or school sports,” Biden’s executive order said, calling for “all persons” to receive equal treatment under the law, no matter their gender identity or sexual orientation.”

The order gives agency heads the authority to carry out these concepts by considering “whether to revise, suspend, or rescind such agency actions, or promulgate new agency actions” in order to comply with the policies set forth in the order.

Biden had previously pledged a number of times to sign the Equality Act, which would force public schools to allow biological males who identify as transgender girls into female athletics.

“President Biden’s executive order has directed federal agencies to eviscerate legal protection for women and roll back nearly 50 years of gains for women,” Alliance Defending Freedom legal counsel Christiana Holcomb told the Daily Caller News Foundation. “We’re going to have to wait and see how each agency either revokes current protection for women based on their sex or issues new policy guidance that allows biological males to, for example, compete in women’s sports.”

Holcomb described the order as “an incredibly big deal.”

“We’re going to see impact in the sports context but far beyond that as well,” she continued. “Especially in healthcare and women’s shelters and restrooms and locker rooms. In fact, the executive order itself specifically called out school restrooms, locker rooms and sports competitions. So we know that these things are coming. It’s a really scary prospect for the future of women’s sport.”

Advocates hailed the order as a massive win for LGBTQ persons and suggested on social media that those who protested against the order are bigoted.

To recap: President Biden signed an executed order banning discrimination on the basis of gender identity or sexual orientation. Transphobes are claiming this attacks the rights of cis women. It does not, of course. It’s just tragic logic and sad bigotry.#BidenErasedWomen

“This action by the Biden administration recognizes what the Supreme Court held last June and what we’ve long known: LGBTQ people are protected by our civil rights laws,” James Esseks, director of the American Civil Liberties Union’s LGBT & HIV Project, said in a statement.

Critics reacted to the order with condemnation, insisting that allowing transgender persons to access bathrooms and participate in sports that do not align with their biological gender would infringe on the rights of biological women. The controversy prompted the hashtag #BidenErasedWomen to trend on Twitter.

Abigail Shrier, the author of a book detailing an investigation into transgenderism trends, said that Biden “unilaterally eviscerates women’s sports” through the order.

“A new glass ceiling was just placed over girls,” she tweeted.

A new glass ceiling was just placed over girls.https://t.co/cGWZqDpxl8

“Biden does away with female athletics in one sweeping executive order,” tweeted writer Libby Emmons. “What it truly comes down to is the obsession of LGBT activists to erase the very concept of biological sex in favor of gender identity.”

“I get called TERF [trans-erasing radical feminist] because I believe women have a right to our own sports, prisons, refuges & spaces and because I believe children should be protected from people who seek to sexualise them and to confuse them about who they are,” tweeted journalist Sonia Poulton with the hashtag #Bidenerasedwomen. “Happy to stand for what I do.”

The Independent Women’s Forum also decried the order in a Thursday tweet, saying, “Every time a transgender woman secures a spot on an elite women’s team or wins a scholarship reserved for female athletes, a biological female loses an opportunity.”

Every time a transgender woman secures a spot on an elite women’s team or wins a scholarship reserved for female athletes, a biological female loses an opportunity. #SaveWomensSports #IWregs #BidenErasedWomen https://t.co/NjFwSdxxpS