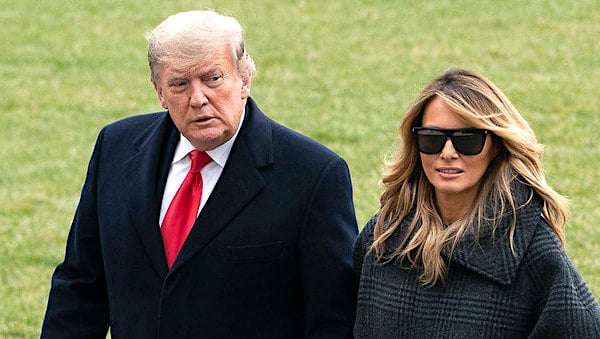 A massive, coordinated effort by the left that pushed mail-in voting and other measures that have become associated with claims by the right of election fraud is the subject of an in-depth report published by Time magazine.

Time's Molly Ball describes it as a "conspiracy" between "left-wing activists and business titans. But she insists the objective of the "extraordinary shadow effort" was only to "protect" the 2020 presidential election from anticipated claims of fraud by Trump.

In "The Secret History of the Shadow Campaign That Saved the 2020 Election," she writes that the "handshake between business and labor was just one component of a vast, cross-partisan campaign to protect the election – an extraordinary shadow effort dedicated not to winning the vote but to ensuring it would be free and fair, credible and uncorrupted."

Ball writes that the effort "touched every aspect of the election":

Time says the participants want "the secret history of the 2020 election told," even though "it sounds like a paranoid fever dream – a well-funded cabal of powerful people, ranging across industries and ideologies, working together behind the scenes to influence perceptions, change rules and laws, steer media coverage and control the flow of information."

The participants insisted they were not "rigging the election; they were fortifying it."

"And they believe the public needs to understand the system’s fragility in order to ensure that democracy in America endures," Ball writes.

Leader of the pack

The leader of the "democracy campaigners" was Mike Podhorzer, a senior adviser to the president of the powerful AFL-CIO labor union, which endorsed Joe Biden.

Podhorzer worked his network of progressive contacts in the labor movement along with institutional giants such as Planned Parenthood and Greenpeace, resistance groups such as Indivisible and MoveOn, tech experts, donors, foundations, grassroots organizers and racial-justice activists.

Ball writes that the coalition used a "nameless, secret project" to combat "disinformation" on social media. It sought to "pressure platforms to enforce their rules, both by removing content or accounts that spread disinformation."

Certainly, social-media censorship of President Trump and conservative voices became a major issue in the 2020 campaign and its aftermath. Twitter's suppression of bombshell New York Times stories revealing evidence that Joe Biden personally profited from his son Hunter's influence-peddling possibly affected the outcome of the election, according to a survey.

Time's Ball writes that the shadow campaign also worked "to harness" for the election the "momentum" from the violent reaction to the death of George Floyd "without allowing it to be co-opted by politicians."

She says the U.S. Chamber of Commerce joined in an unlikely alliance with the AFL-CIO and some Republicans to thwart claims by Trump of election fraud. And the coalition engaged in a behind-the-scenes effort to mobilize unrest on the streets if Trump were to win.