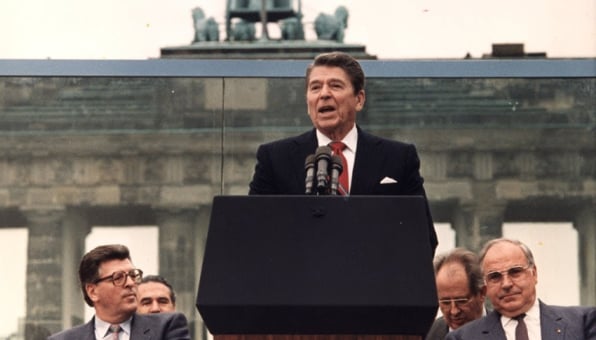 In the waning years of the Cold War, the admonition to "Tear down this wall" was directed at a totalitarian leader.

Now, it's the president of the United States who is hearing that cry. This time, it's not about a wall to keep people in, but one to preserve the sovereignty and vitality of the nation that leads the free world.

It turns out that President Biden's official revocation of the border emergency declared by former President Trump -- rescinding billions allocated for the wall -- isn't enough to satisfy the demands of the far-left Democratic Party base, reports the Washington Times.

The Sierra Club, the American Civil Liberties Union and others are leading the charge, insisting that Biden make clear he will eventually take down the sections of wall built during the Trump administration. 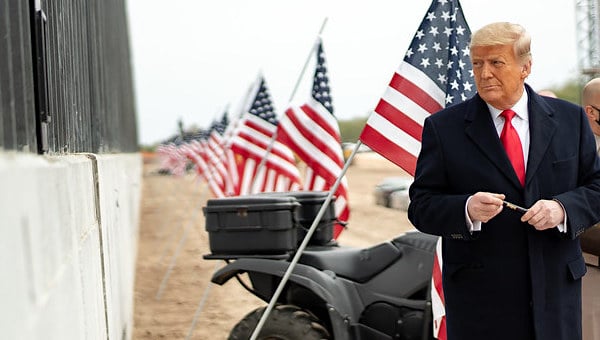 "The wall itself is an immoral monument to settler colonial destruction," said the Sierra Club's Christopher Basaldú, the Times reported. "This most recent executive order should be a critical first step in stopping and eventually dismantling this immoral wall and the connected systems of border militarization."

Meanwhile, former acting ICE Director Tom Homan told Fox News the current surge on the southern border was not an accident but the result of a designed, open-borders strategy by the Biden administration.

Encounters at the border with illegal immigrants are up 114% from the same time a year ago.

"We knew this will happen, because all the promises Joe Biden has made and he continues to make," Homan said. "And you know, so this isn't by accident. This is by design. This is an open border strategy. He has bowed to the left, we lose the border."

The most visible test

The Washington Times noted that the wall is one of several areas of immigration and border policy in which Biden is moving to the left amid a border surge. But the wall may be the most visible test for Biden because of the profile Trump gave it in his initial campaign and during his administration.

About 460 miles of barrier was erected during the Trump administration. Only 47 miles was on land that never before had a barrier. The vast majority was on stretches that previously had vehicle barriers or fencing constructed during the George W. Bush and Obama administrations.

A senior ACLU attorney, Dror Ladin, told the Times it's "still our position that the wall should be taken down and the environmental damage mitigated."

The ACLU, Sierra Club and other groups are challenging in court Trump's allocation of Pentagon funds to build the wall. Biden has ordered a 60-day pause on construction using that money.

A 'real bind with the radical left'

Late last year, Biden said "there will not be another foot of wall constructed" on his watch.

But he said in an interview with black and Hispanic reporters that he would not tear down wall that had been erected.

That puts him in a "real bind with the radical left," said
Ken Cuccinelli, the former No. 2 man at Homeland Security under Trump.

The pressure is intense on Biden to tear down walls, he said, but it "would look so outrageous to the overwhelming majority of Americans."

Biden's new Homeland Security secretary, Alejandro Mayorkas, said at his confirmation hearing on Jan. 19 that he had not looked into the question of removing existing wall.

Congress, meanwhile, is considering whether or not to erect its own border wall around the U.S. Capitol complex.