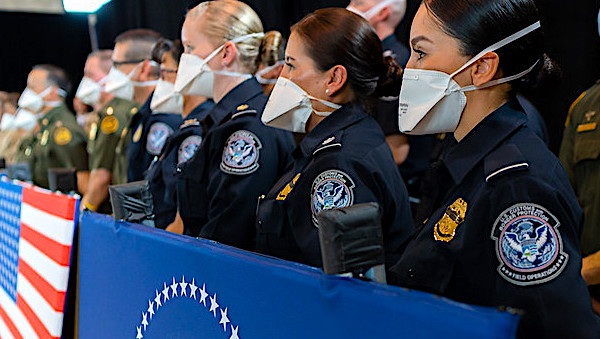 A federal judge in Texas on Wednesday extended his order halting President Biden's 100-day pause on the deportation of illegal immigrants.

The order comes in a lawsuit by Texas Attorney General Ken Paxton that argues Biden's policy violates federal law and an agreement with the Department of Homeland Security requiring that Texas be consulted before any such move.

Biden's 100-day pause was part of his effort to reverse the immigration policies of the Trump administration, stopping through executive action border wall construction and the Migrant Protection Protocols. He's now pushing legislation that would include a path to citizenship for most of the illegal immigrants in the country, which various estimates place between 11 and 22 million.

Biden's pause excludes illegal immigrants who were not in the U.S. before Nov. 1, 2020, and those identified by the ICE director for deportation.

The agreement Texas made with DHS requires 180 days' notice of any proposed reductions in law enforcement or increase in the number of "removable or inadmissible aliens."

Paxton argued in a statement accompanying the lawsuit last month that Texas "defends the largest section of the southern border in the nation."

"Failure to properly enforce the law will directly and immediately endanger our citizens and law enforcement personnel," Paxton said..