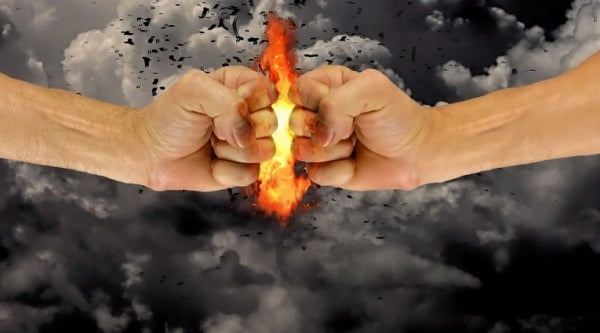 There are divides within each of those groups over whether it is likely or unlikely. But pluralities of Republicans and Democrats in a new poll said civil war in America now is likely. Smaller portions said it was unlikely.

The  Zogby Analytics online survey Jan. 18-19 asked 873 likely voters whether they believe the nation is heading for "war" with itself.

"It's quite astounding that nearly half of voters think we are headed for bloodshed! If we are to judge by the last four years of divide and vitriol, among voters, then maybe it's not too surprising," the report said.

"At the moment Republican and Democratic congressmen and congresswomen won't have offices next to each other for fear of their lives. Biden hasn't exactly made things calmer on Capitol Hill," the report continued. "In all fairness the Capitol riot was a terrible and a scary situation for those involved, but are Republicans really going to attack Democratic colleagues and vice versa?

"Are we really close to citizens hurting each other on a large scale basis? The violence that happened from both sides of the political spectrum the last year is significant. Violent protests in cities across the country during the summer, white supremacists, hate crimes on the rise, and tensions between two political parties have put the country on the brink," the report warned.

Those living in large cities were more likely to think war is coming than those in suburbs, and residents of the Central/Great Lakes and South regions agreed with the city-dwellers.