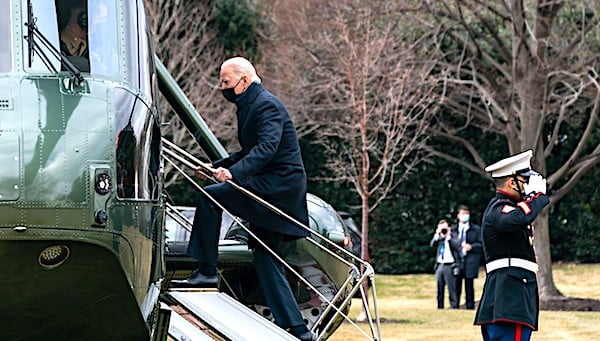 Facing its first test with China, Biden administration insiders describe a chaotic response to the military takeover in Burma marked by fear of angering Beijing.

Politico reported people familiar with the Biden administration's internal deliberations have been "frustrated" by the response.

There are issues of timing, with many top State Department positions still unfilled. But a key factor is simply the fear that if the White House calls the takeover a military coup, it could anger China and force the United States to withdraw foreign aid from Burma.

WND reported in December a prominent Beijing university professor cited the Biden family's Chinese business deals as he explained in a Nov. 28 lecture why a Biden administration will restore the communist regime's influence on its "old friends" on Wall Street and inside the Beltway after the Trump administration.

Shortly after the lecture, the Chinese state organ Global Times published an op-ed saying it expected a Biden administration to cooperate in silencing criticism of the communist regime by American allies such as Australia.

Aung San Suu Kyi and her National League for Democracy party defeated the party backed by the military in a landslide. She was detained along with senior officials.

"We will await the outcome before making an assessment," the official said.

A statement attributed to Biden said the military's "seizure of power in Burma, the detention of Aung San Suu Kyi and other civilian officials, and the declaration of a national state of emergency are a direct assault on the country's transition to democracy and the rule of law."

A source told Politico the U.S. is coordinating a response to the takeover with senior European officials.

But experts expect China to hinder any serious actions other countries may want to take.