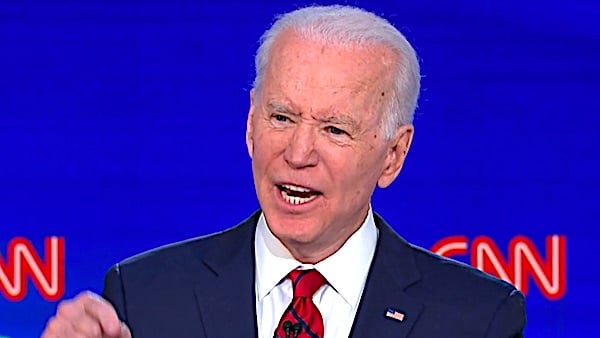 Just three weeks into his presidency, Joe Biden is learning some tough lessons as the media and the public drill down on his top promises about trying to end the pandemic and return to a semblance of normal daily life, particularly regarding public schools.

The first big goal to fall flat was Biden’s promise to get 100 million shots into arms in his first 100 days in office. White House Chief of Staff Ron Klain called the goal “ambitious,” but journalists pointed out that this wasn’t really escalating the rate of immunization already underway. So the administration upped its number to 150 millions shots, only to back away and settle back the very next day on the original 100 million.

There were also basic unanswered questions. Did 100 million only refer to first shots when a second shot is required for a full vaccination regimen? If so, then only 50 million Americans would be inoculated from the coronavirus by the end of April.

A similarly underwhelming reality is settling in about Biden’s promise to have most schools open within 100 days of his swearing-in.

“It should be a national priority to get our kids back into school and keep them in school,” Biden said in early December. “If Congress provides the funding we need to protect students, educators and staff; if states and cities put strong public health measures in place that we all follow, then my team will work to see that a majority of our schools can be open by the end of my first 100 days.”

Despite the multiple caveats, those words encouraged parents and students to believe public schools could reopen swiftly and safely -- especially as teachers went to the front of the vaccination lines. But the bubble burst early this week when White House press secretary Jen Psaki was asked exactly what the president meant by the promise and how administration officials would know whether they were on track to hit their mark.

At Tuesday’s regular press briefing, Psaki said the goal is now “to have the majority of schools – so, more than 50% -- open by day 100 of his presidency.”

And what does “open” mean?

“Some teaching in classrooms,” she responded. “So, at least one day a week – hopefully more.”

The rebukes came fast and furious. mainly from conservatives – but also from unexpected voices in the media. CNN anchor Jake Tapper hit Biden for “backtracking” from his original pledge, faulting the president for failing to stand up to the teacher unions. Tapper suggested that “the science” shows that COVID is not spreading in classrooms and that students’ mental health issues caused by keeping schools shuttered were having a greater impact.

Conservative Republican Sen. Tom Cotton was also critical of the grip unions appear to have on the administration. “Joe Biden only wants half of our schools open one day per week by May,” Cotton tweeted. “The science is clear – schools should be open now. Joe Biden needs to stop putting his special interests ahead of parents and kids.”

“So when Biden promised he would reopen schools by Day 100, he really meant 50% of schools, 20% of the time,” added Rep. Mike Johnson, a Republican from Louisiana. “Parents won’t stand for this. #OpenSchools.”

While political pundits had a field day with the administration’s verbal gymnastics, many parents and students initially encouraged by the Biden’s reopening promises felt dismay.

“Obviously, it’s a hollow promise – it’s a betrayal of millions of students and voters everywhere who believed [Biden] would get students back in all classrooms with teachers more than one day a week,” Seema Burke, a parent of three high school students in North County San Diego, told RealClearPolitics. Burke has spent the last year working to bridge the community’s divide between those with concerns about safely reopening schools and others who want a faster return to classrooms.

“If [Biden] continues to avoid the clear science and the growing multitude of experts who say it’s safe to return to school, and that, in fact, schools are the safest place for students, the American public will be led to believe that teacher union interests, politics, is more important to you than the well-being of students,” she said.

The growing frustration among parents over the political clout of unions is giving conservatives new ammunition for their decades-long crusade to break government’s monopoly on public education.

“This shows that we need to fundamentally change the way we do educational funding so that parents control it,” David McIntosh, president the Club for Growth, told RCP. Biden’s one-day-a-week metric will be “a failure for the kids,” he asserted.

“You can put a label on a school that we’re open, but kids go to school one day a week? Then they’re going to continue to be further and further behind – this whole generation of school children. It’s a travesty what’s happening to them.”

Instead of states directing property tax allocations to school districts, McIntosh said they should be redirected from “bureaucracies to parents.”

At least two data-collection organizations say the nation’s public schools have already met Biden’s limited definition of school reopening. MCH Strategic Data, which was founded in 1928 and has become a leading provider of education data and technology solutions, has compiled figures on a district-by-district level across the United States. As of Feb. 1, MCH found that 51% of school districts across the country, a total of 7,187, were offering some type of hybrid learning – a combination of in-person and virtual learning experiences, with just 23% continuing to offer online-only learning and 3% of districts falling into the undecided/unknown category.

As of Feb. 9, Burbio, an organization that aggregates data from 80,000 K-12 public school websites across all 50 states, said 39.7% of K-12 public schools were offering traditional in-person learning while 25.1% were offering some type of hybrid learning. That’s a total of 64.8% of schools that are already meeting Biden’s goal.

The administration is starting to track similar metrics across the country, acknowledging that it needs more information about how students are learning during the pandemic. As part of his executive order on school reopening, Biden requested that the Department of Education gather the data, and the agency last Friday announced a new survey aimed at collecting information from 3,500 schools that enroll fourth-graders and an equal number of schools that enroll eight-graders. The results will be collected from this month through June.

"President Biden is committed to the safe reopening of schools and to addressing the educational disparities and inequities that the pandemic has exposed and exacerbated," Ian Rosenblum, acting assistant secretary of the Office of Elementary and Secondary Education, said in a statement. "To do that, we need more information about how students are learning during this pandemic – and we simply don't have it right now.”

Psaki on Wednesday tried to tamp down some of the controversy she had set in motion one day earlier. Asked why Biden wasn’t setting a higher bar, she conceded that it was a goal he hoped to exceed while still insisting the marker constituted a “bold and ambitious” agenda. “But we certainly hope to build from that even at 100 days,” she added. “From there the president’s objective is for all schools to reopen and to stay open, to be open five days a week for kids to be learning.”