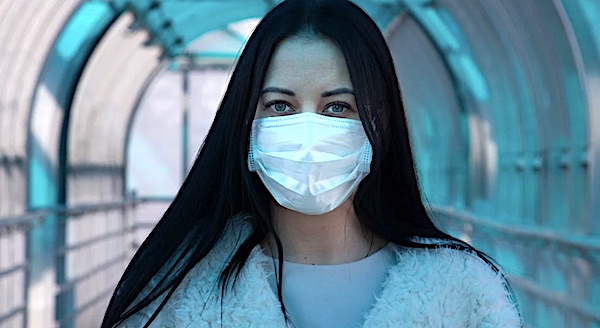 Throughout the COVID-19 crisis, Wolf has failed to ensure health and economic security; rejected calls for transparency; refused to work with the legislature; and enacted mandates that harmed working Pennsylvanians. At one time, Wolf was viewed as a cerebral, if not high-minded, individual. Today, Pennsylvanians see an inflexible governor whose COVID policies are tainted by mismanagement and scandal.

This dysfunction began last March when the Wolf administration issued a memo requiring nursing homes to accept infected patients. This mandate, which sparked a congressional investigation, proved disastrous in Pennsylvania, which has a large senior population. By last June, 4,539 of Pennsylvania’s 6,649 COVID deaths – over 70% – had occurred in nursing homes or senior-care facilities.

Incredibly, Wolf could have prevented this tragic outcome had he simply implemented Pennsylvania’s early protection plan for elderly care – yet the state failed to do so. Instead, he refused to enact priority testing in nursing homes until late summer. In December, the nursing home industry filed suit against the Wolf administration for purposefully withholding more than $150 million intended for financially strapped facilities.

The consequences were profound. At one point, 30% of businesses – the second most in the nation – were forcibly closed. As this mandate devastated the services industry, the state witnessed an unemployment debacle of epic proportions. Payments were delayed for months; furloughed workers felt abandoned. Meanwhile, 10,000 prisoners and 58,000 fraudsters successfully gamed the unemployment system and received checks. When questioned, Wolf shockingly criticized small business owners and, later on, even praised the Department of Labor & Industry secretary who presided over this debacle.

As severe restrictions paralyzed Pennsylvania’s economy, Wolf rejected calls for transparency or legislative questions about his decision-making. When lawmakers or business owners sought any benchmark or rationale for economic lockdowns or sporadic reopening plans, Wolf was slow to respond or even provide data. Even his former auditor general admitted that the business shutdowns were inconsistent and unfair. The governor, however, refused to do anything about it. Lawmakers responded to this lack of transparency with a unanimous bill forcing Wolf to reopen his Office of Open Records. Though Wolf threatened to veto this bill, he ultimately let it become law.

Over time, Pennsylvanians issued their verdict: Wolf’s approval rating precipitously declined. But the governor, thanks to his executive emergency powers, maintained his unpopular COVID policies.

Since then, Wolf has resisted cooperation with the General Assembly and local county officials. He refused to take legislators’ advice around business shutdowns or his controversial reopening plan. Meanwhile, he attempted to deny millions in federal stimulus aid to struggling counties that resisted his edicts. Throughout 2020, Wolf used his veto powers 19 times, the most of any Pennsylvania governor in decades. Those same vetoes often corresponded with unilateral executive actions to implement the same or similar policies – without the legislature.

Wolf displays no signs of a course correction as the incompetence continues. In recent weeks, his secretary of state resigned after an administrative mistake that will prevent a vote on an amendment addressing sex-abuse victims. Pennsylvania’s vaccine rollout has been bungled, ranking 45th in the country for distribution and leaving health care professionals confused and frustrated. Just this week, state health officials announced vaccines had been improperly given, creating delays for 100,000 Pennsylvanians. In response to all this mismanagement, Wolf has focused on his state budget proposal: the largest tax increase in Pennsylvania’s history.

As Pennsylvanians suffer under Wolf’s leadership, they will have a chance to force the governor to work with the legislature. This May, voters will get a say on a state constitutional amendment to limit a governor’s unilateral emergency powers and require legislative approval.

Pennsylvania’s experience shows that incompetence, pettiness, and inflexibility aren’t limited to the executive in Albany. With each passing day, state residents are losing patience – many, in fact, are moving elsewhere. When they pack their U-Hauls, they’re thinking of Wolf and the oppressive economic conditions that his policies created. The Keystone State, though, can begin the path to recovery by ensuring the next governor is looking out for working Pennsylvanians.