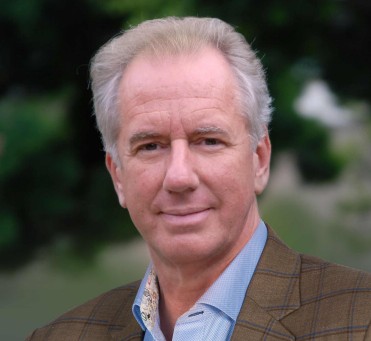 President Trump was right. The system is rigged.

However, it's not only rigged with globalist-favoring, anti-American trade deals, a two-tiered "justice system," propagandized news, heavy-handed social media and rigged elections. It's also rigged against you in finance and investing.

If I may be so bold, modern-day hedge funds are the brain­child of brazen, self-indulgent and narcissistic billionaires. They are highly exclusive (meaning you're excluded) and place disproportionally large bets on derivative markets, appreciating land and real estate, currencies, futures and options, and buying, selling and short-selling market-controlling quantities of stock – often in perfect lockstep with one another. That's by design.

It's no secret then that fund managers often amass obscene levels of personal wealth, measured in $10s of billions, ironically enabling some like George Soros to finance the destruction of the capitalistic system that made them wealthy.

"Wealth for me but not for thee."

Hedge fund managers are not necessarily smarter than you are. It's just that they rarely place bad bets from their bird's eye view of the economies they manipulate. And when they do, they have 10 other bets that pay out handsomely.

That's what makes these often-destructive funds akin to money machines for the privileged few.

On the other hand, everyday, hardworking Americans – the engine of the economy that makes their lucrative game played from super-yachts in the Mediterranean possible – don't get to play. Hedge funds have high minimum investments and are strictly for the benefit of accredited and high-net-worth investors in order to "protect" you from losing money, since you're not smart enough to make your own investment decisions.

How very thoughtful of the D.C. regulatory swamp and Wall Street to look out for the little guy and to limit your upside potential in the market-driven economy you've built.

Although increasingly improbable given the informed, diversified and "hedged" bets they place, losing money can happen. Take for example Melvin Capital, a $12 billion fund that lost over half of its entire fund last week, largely from betting against GameStop.

That's a whopping loss of over $6 billion in a matter of days.

There were other funds that lost on the same bet: that GameStop would fall off the boards and become a penny stock so hedge funds could cash in on the company's failure. Instead, they had to purchase the options they shorted, not for pennies, but for hundreds of dollars per share. Ouch.

I'll stipulate that the Reddit GameStop strategy was a highly risky move not tethered to reality – many others and not only hedge funds will lose money – but it nonetheless revealed pent up frustration and an eagerness to level the unfair playing field.

The less-discussed cruel and damaging side of over shorting a stock is that when market makers and hedge funds bet against your company's success it's usually a death sentence. "Sorry, you're a nice guy but business is mean" – as a wealthy investor who leveraged a hostile takeover of the company I founded reminded me.

And indeed, business is mean in the investment world, especially where heartless hedge fund elitists manipulate companies and their expendable employees like pawns on a chess board. But, as we just learned, sometimes the bigger the mean guys are the harder they fall.

A Reddit community of small "unaccredited" investors, who likely grew up buying and trading games at GameStop, didn't much like the elitist bet against the company on a whole number of levels. So, they seized the opportunity and managed to kill several birds with the same precisely aimed stone:

At least in the short term, David beat Goliath for a refreshing change. And it triggered panic attacks on Wall Street and on its trading platforms. Parsimonious fund managers found themselves shaking in their Prada boots, terrified at the prospect that the big baby, America's productive class, may have just pulled its thumb out of its mouth and figured out how their "exclusive" game is played. I can hear it from here: "How dare they play at our game!"

These days, the death of so very many brick-and-mortar businesses is not resting particularly well on Main Street – on the crumbling corner of which stands a GameStop fighting onerous COVID restrictions and now mean guys on Wall Street for its very survival.

But is there perhaps a larger tipping point in the making out of our David vs. Goliath tale?

I've long said that when the productive class in "fly-over states" awakens everything changes. And if ever there were a "woke" moment to shake up the rigged system, it's now. Call it "the revenge of the little guys." Bed, Bath and Beyond stock plunged 36% recently when the company pandered to the left and kicked out MyPillow. Good for you, America.

Which brings me to this appeal to my fellow patriots: Please stop feeding the beast that's bludgeoning you with your own money. It's time to better understand your vast, collective, market-altering purchasing power and your personal responsibility when wielding it. I sense you're in good company. Jesus would no doubt be flipping more than a few "money lenders" and merchant's tables about now.

Case in point, read my column on AT&T, which owns CNN and whose management and investors seem to hate everything you stand for. Everything.

So, before you buy another stock – or even another product or service – go to 2ndVote.com and see how that company aligns with your family's values before you further empower it. It's a free service that a lone patriot family spent millions developing for the express benefit of you and yours.

Become an educated consumer/investor before it's too late.

Given the enormous financial lever we hold in our hands as the productive class, we can make 2021 the year that changes everything and finally levels a horribly rigged playing field, just like the "little guy" investors on Reddit did last week, regardless of how that plays out.

It's time to "GameStop" the elitist's financial game that prevents the rest of us equal footing in the free-market economy we create and sustain. The power rests solely in your hands.

David McQuade founded cable channel Z Music Television, "The Positive Alternative" to MTV, and has worked extensively in the television and film industry for over three decades as an executive and media strategist.