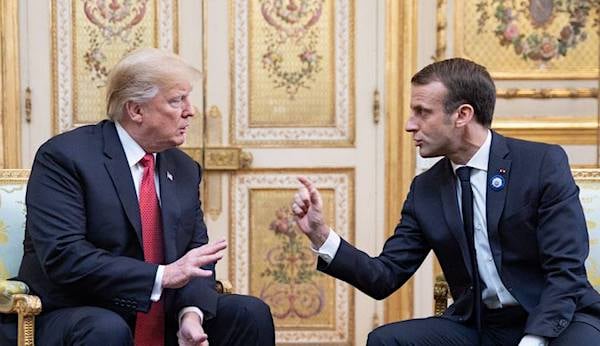 French politicians, intellectuals and journalists have been warning that the importation of progressive American ideas on race, gender and post-colonialism in French universities is undermining society.

Now, the government of President Emanuel Macron is taking action, announcing an investigation into what it regards as destabilizing American influences, the New York Times reports.

In its first report on the controversy, the paper cited Macron's education minister, Jean-Michel Blanquer, who accused universities, under American influence, of being complicit with terrorists by providing the intellectual justification for their acts of violence.

"There's a battle to wage against an intellectual matrix from American universities," warned Blanquer.

The irony was not lost on John Stonestreet, who pointed out in his Breakpoint column Monday the influence on the United States of cynical postmodern thought by French intellectuals in the mid-20th century such as Michel Foucault and Jacques Derrida.

"It's tempting here to channel the faux outrage of the French policeman in the movie 'Casablanca,'" he wrote. "I'm shocked, shocked to learn that postmodern ideas born and bred in the rich soil of the French intelligentsia have mutated into something unsavory. Who could have predicted that divorcing truth from reality would lead to even more divisive and destructive ideas?"

Stonestreet argued that the "path from Parisian literary theorists, puzzling over the power of words, to your not-so-friendly neighborhood activist, outraged by pronouns, is pretty clear."

Foucault and Derrida, he noted, were reacting to the overconfidence and unfulfilled promises of modernism and the Enlightenment. 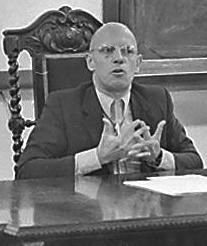 "Postmodernism took observable parts of human life, particularly cultural biases and the tendency of powerful people to oppress their neighbors, and built an elaborate philosophical system around them," Stonestreet explained.

"The end result was a worldview that denied that humans could have any real connection to truth," he said. "Instead, all we have is words by which we attempt to describe reality and communicate."

But those words, according to that worldview, are "hopelessly burdened with our culturally-determined biases that are shaped by the powerful."

Now, so-called critical race theory, has given "flesh to the fundamental assumptions of postmodernism."

President Trump sought to counter the implementation of criticial race theory in American schools with his 1776 Commission, which was eliminated by President Biden. In general terms, CRC is a postmodern theoretical framework rooted in Marxist principles that views individuals through the lens of the oppressed or the oppressor, based largely on their skin color.

Carol Swain, a former Princeton and Vanderbilt political science professor who served as vice chairman of the 1776 Commission, said in an interview last week that having already "destroyed" higher education, the political left is ramping up its effort to fundamentally transform K-12 schooling, teaching children that anything associated with Western Civilization is dangerous.

Stonestreet said it was "the evolution of Critical Theory that gave flesh to the fundamental assumptions of postmodernism."

"What we're left with is a directionless, insatiable demand to combat injustice and oppression but without any means to say that one moral claim is better than another," he said.

"Attempts to find or forge common ground between people or communities are cynically seen as a quest for power and oppression."

Stonestreet noted that Christianity also objects to the failed promises of the Enlightenment and modernism, but Christianity is hopeful, not cynical.

"Rather than reducing life to a constant battle for status and power, Christianity offers the only historically solid ground for unity or progress," he wrote. "In the imago Dei (image of God), Christianity tethers universal human dignity and justice. In the doctrine of the Fall, we can make sense of power and oppression. Within the framework of redemption, we have hope for a life propelled by love, not universal, unending, unwinnable competition."

Stonestreet said that "this framework tasks Christ-followers to work for justice but to be driven by mercy."

"We are called to love our neighbor, not see them as the hated 'other,'" he said.

"In other words, the Christian ethic provides the passion and foundation for a better humanity and a more just world, the very things which postmodernism and its offspring sought but could never find."