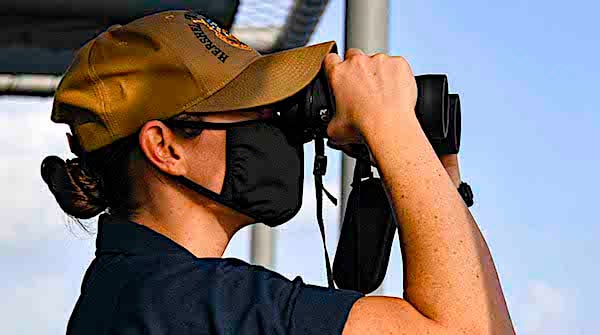 The civil-rights advocates at the Rutherford Institute are asking Maryland lawmakers to stop Baltimore's continuous spying on residents from the air.

Rutherford wants the state's House Judiciary Committee to craft a bill that would broadly forbid police from carrying out "persistent, citywide aerial surveillance on the citizenry." The exception would be circumstances permitted by the Constitution.

"Persistent aerial surveillance of the kind employed by the city of Baltimore, allowing the government to track and monitor the activities of citizens over weeks and even months, is exactly the kind of intrusion into privacy the framers of the Constitution sought to prohibit," said constitutional attorney John W. Whitehead, president of the Rutherford Institute.

"This kind of dragnet surveillance is the very antithesis of the Fourth Amendment’s right to privacy from government intrusion," he said.

Lawmakers have proposed House Bill 159, which would address such spying from the sky. The letter charges the plan doesn't go far enough.

Institute lawyers argue the bill allows the government to conduct citywide aerial surveillance as long as it is not part of a criminal investigation.

"Law enforcement agencies already possess an invasive arsenal of integrated surveillance tools, including license plate readers, high-definition cameras, and facial recognition software, which they employ ad hoc to invade the citizenry’s privacy and erode their fundamental right to be free from unreasonable searches and seizures by the government," Rutherford said.

The Maryland House proposal was created after the city arbitrarily implemented aerial spying in 2016 and again in 2020.

"The original program became operational without the knowledge of the public or the city’s mayor," the report said.

While the program was dumped when people became aware of it, Baltimore police later contracted with a private company for the spy services.

The Aerial Investigative Research program had three planes flying over the city during daytime hours equipped with cameras that covered 90% of the city and reduced each individual on the ground to a pixelated dot.

Analysts then could identify who was nearby when a crime was committed, where they had been before and where they were after.

"AIR information was combined with other considerable surveillance tools already in place, such as on-the-ground surveillance cameras and license-plate readers, allowing law enforcement to specifically identify witnesses and suspects," the institute said.

"Within seventy-two hours, analysts can give the police a more detailed report about those present at the crime scene including identifying information about individuals and tracking their movements. Indeed, a surveillance system such as AIR has the capability of maintain vast amounts of information about the movements and activities of individuals throughout a city and, when combined with the vast array of ground-based cameras and license plate readers, of identifying and tracking the movements of those individuals."

A court challenge affirmed the constitutionality of the program, but the decision now is under review at the 4th U.S. Circuit Court of Appeals.

The institute argues that persistent and pervasive aerial surveillance violates the Fourth Amendment. And the Supreme Court has found "that persons have a reasonable expectation protected by the Constitution that police will not secretly monitor and catalog the movements of their vehicles."

The institute argued, "When combined with other technologies, we have come to the point that whenever you're walking through a store, driving your car, checking email, or talking to friends and family on the hone, it is likely that some government agency is tracking and monitoring your behavior."

The spying was launched in 2016 when Baltimore police got worried about crime rates.