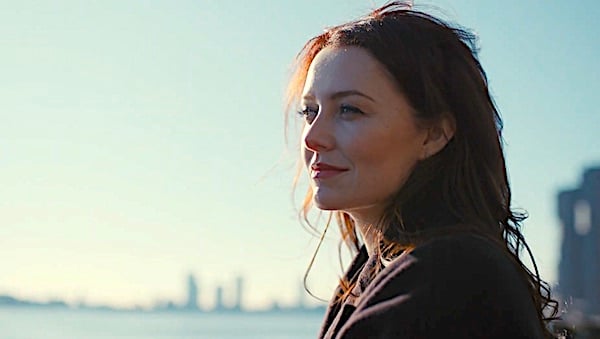 A former staffer for Democratic New York Gov. Andrew Cuomo alleged Wednesday that he kissed her without her consent.

Lindsey Boylan originally accused Cuomo of sexual harassment in a December tweet thread. She did not respond to enquiries from the Daily Caller News Foundation, but shared details of her allegations in a Medium post Wednesday.

“He made unflattering comments about the weight of female colleagues,” she said. “He ridiculed them about their romantic relationships and significant others. He said the reasons that men get women were ‘money and power.'”

Boylan worked for the Cuomo administration from March 2015 until October 2018, according to the New York Post. She is running for Manhattan borough president.

Boylan said she tried to excuse Cuomo’s alleged behavior until the governor allegedly kissed her without her consent during a one-on-one briefing.

“We were in his New York City office on Third Avenue,” she said. “As I got up to leave and walk toward an open door, he stepped in front of me and kissed me on the lips. I was in shock, but I kept walking.”

Today I am telling my story. I never planned to share the details of my experience working in the Cuomo administration, but I am doing so now in hopes that it may make it easier for others to speak their own truth. https://t.co/n1Lcc6Ac66

“After that, my fears worsened,” she said. “I came to work nauseous every day. My relationship with his senior team — mostly women — grew hostile after I started speaking up for myself. I was reprimanded and told to get in line by his top aides, but I could no longer ignore it.”

Before this incident, she said, other employees had told her that the governor had reportedly compared her to his ex-girlfriend but said that she was better looking. Her boss also reportedly told her that Cuomo had a “crush” on her, and Cuomo allegedly suggested “let’s play strip poker” on a flight after an official trip.

“Stephanie Benton, Director of the Governor’s Offices, told me in an email on December 14, 2016 that the Governor suggested I look up images of Lisa Shields — his rumored former girlfriend — because ‘we could be sisters’ and I was ‘the better looking sister,'” she said. “The Governor began calling me ‘Lisa’ in front of colleagues. It was degrading.”

Cuomo’s office has not responded to requests for comment from the DCNF.

New York state senator Alessandra Biaggi expressed support Wednesday for Boylan’s allegations, saying in a tweet: “I have no doubt that this is true. I’ve witnessed similar behavior, and it’s unacceptable. While the abuse lies mainly with the abuser, the abuse also extends to those who help keep it silent. They are complicit too.”

“I hope @LindseyBoylan’s words weigh heavy on all who normalize sexual harassment by saying nothing,” she said.