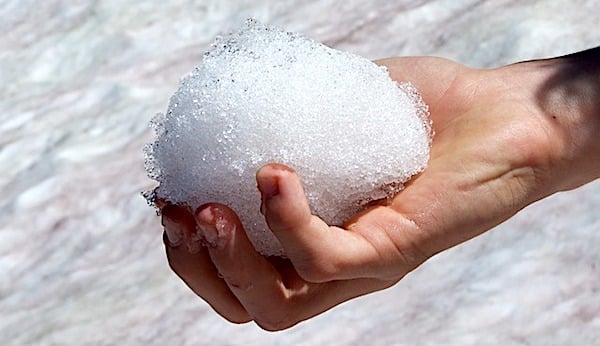 Between 30 and 50 people participated in the Friday night demonstration and started throwing objects and yelling, according to the Portland Police Bureau. They began throwing “icy snowballs” at officers as they came to move nearby police vehicles.

They ultimate tried to stay out of the demonstrators’ sight to avoid escalating the situation.

“However, officers were forced to monitor in case the group became more violent or caused damage to city property,” a Portland Police Bureau statement said.

The incident delayed the officer’s response times to other calls, including requests for wellness checks on the homeless community due to frigid weather, according to the Portland Police Bureau. The protesters blocked the road so that vehicles from other precincts could not reach the intake for the Multnomah County Detention Center.

The group marched from the precinct and broke the windows of a coffee shop and a medical center, according to the Portland Police Bureau. No arrests were made and no injuries were reported in connection with the demonstration.

The Portland Police Bureau did not immediately respond to a request for comment.