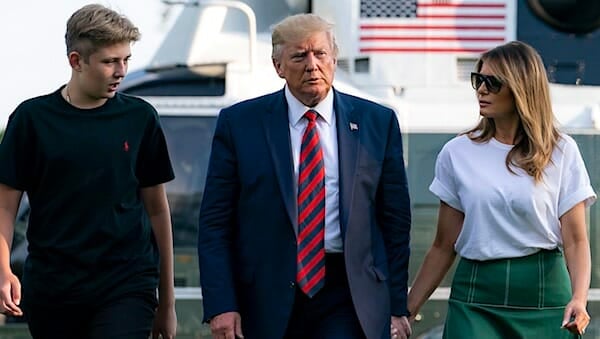 President Joe Biden, who called for unity with Republicans during his inaugural address, has appointed Pamela Karlan, a Trump impeachment witness, to serve in a top position at the Justice Department.

Karlan, a law professor at Stanford University, came under fire during her December 2019 impeachment testimony for invoking Barron Trump, the teenage son of President Donald Trump.

“I’ll just give you one example that shows you the difference between him and a king, which is, the Constitution says there can be no titles of nobility. So while the president can name his son ‘Barron,’ he can’t make him a baron,” Karlan said at a Dec. 4, 2019, hearing before the House Judiciary Committee.

Karlan’s remarks about Barron Trump prompted a response from the Trump family and various Republicans.

“A minor child deserves privacy and should be kept out of politics,” First Lady Melania Trump tweeted. “Pamela Karlan, you should be ashamed of your very angry and obviously biased public pandering, and using a child to do it.”

She will resign her position on the Facebook Oversight Board, which Facebook founder Mark Zuckerberg formed in order to oversee content moderation decisions on the social media site.

Karlan served as deputy assistant attorney general for voting rights in the civil rights division for one year during the Obama administration, Politico previously reported.

Karlan issued a semi-apology for her remarks about Barron Trump later in the impeachment hearing.

“I want to apologize for what I said earlier about the president’s son. It was wrong of me to do that. I wish the president would apologize, obviously, for the things that he’s done that’s wrong, but I do regret having said that,” she said.

Video later emerged of Karlan saying at a conference for the American Constitution Society that she once crossed the street to avoid walking in front of Trump International Hotel in Washington, D.C.

“As I was walking past what used the old post office building that is now the Trump hotel … I had to cross the street of course,” Karlan said at the June 2017 event.

Asked during a Q&A session whether she was staying at the Trump hotel, Karlan replied: “God no! Never. Never.”