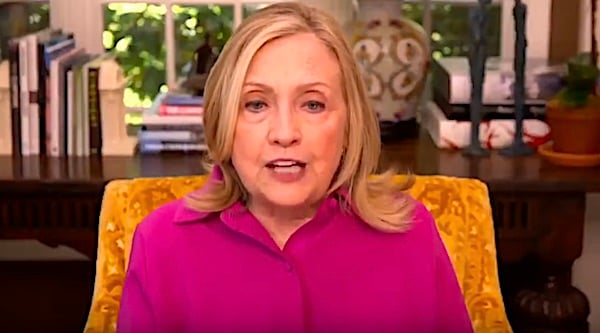 A report from Just the News reveals that the power structure in Washington under the Biden administration is thwarting the transparency order issued by President Trump before he left office.

It's that "more than two weeks after Donald Trump officially declassified the evidence, the vast majority of documents detailing FBI and Justice Department failures in the now-discredited Russia collusion investigation remain out of public view."

Just the News reporting getting only about 15% of the thousands of pages of material Trump ordered declassified.

What has been released about the Obama administration scheme to use false statements and claims from documents like Steele's dossier to first undermine the campaign of a candidate for president, and then the presidency after Trump took office, show Page had repeatedly knocked down the key claims at the heart of the Russia collusion investigation days before the FBI obtained a warrant to spy on him.

Further, Solomon's report, it's now known "efforts by Hillary Clinton supporters to craft the Russia collusion narrative to vilify Trump began earlier than previously reported, in April 2016, and eventually involved an 'indiscreet' effort to buy foreign video footage that made even Steele uncomfortable."

And that Steele told the FBI he leaked the Russia collusion story "during the height of the 2016 election to help Clinton overcome her lingering email scandal and because he believed Trump's election would be bad for U.S. relations with his home country of Britain."

The report also said the sources have confirmed the remaining, still hidden, documents provide details about how far the FBI went to deceive the FISA judges to be allowed to keep spying on Page.

"For instance, an August 2016 tasking document for Halper, one of the informants, made clear the FBI's real focus of the investigation was to determine whether 'anyone in the Trump campaign is in a position to have received information either directly or indirectly from the Russian Federation regarding the anonymous release of information during the campaign that would be damaging to Hillary Clinton,' according to a source who took verbatim notes from one of the documents," the report said.

The report explains the documents also show that when the FBI failed to find evidence Page was working for Russia and instead had been working for the CIA, it told the FISA court that since he "espoused foreign policy views deemed favorable to Russia and might be writing a book," he should continue to be the target of spying.

A former FBI officer recently was sentenced to probation after pleading guilty to a felony of changing evidence concerning Page. Kevin Clinesmith changed a document to suggest that Page was not working for the CIA, when in fact he had been.