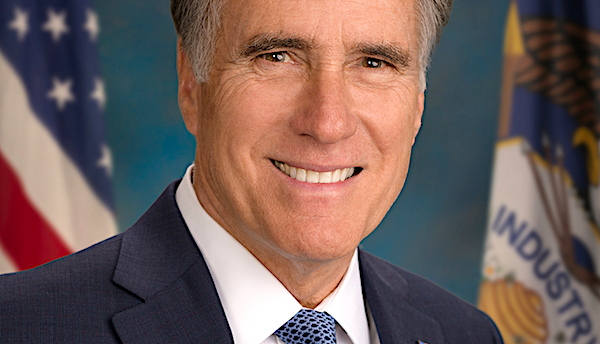 Proposals for a universal child allowance from Senator Mitt Romney and separately from the Democrats in Congress are a noble but misguided effort to reform the social safety net. A flat child allowance would return US anti-poverty efforts to the unsuccessful policies of the past — when federal welfare policies devalued work and undermined state-led efforts to fight poverty. Rather than enacting a flat child allowance, Congress should prioritize policies that strengthen connections to work and help more poor families become upwardly mobile.

Last week, Senator Romney outlined a plan to consolidate the Earned Income Tax Credit (EITC), the Child Tax Credit (CTC), the Child and Dependent Care Tax Credit (CDCTC) and the Temporary Assistance for Needy Families program (TANF) into a flat child allowance and a simplified EITC. Romney’s plan would consolidate these programs into a monthly check of $350 for every child age 0–5 ($4,200 per year) and $250 for children age 6–17 ($3,000 per year). All families with income under $400,000 per year ($200,000 if single) would receive a check — regardless of their employment status or income — departing from a current model that largely benefits working families, many of them low-income. Additionally, the proposal would replace the EITC with a small earnings credit. Senator Romney proposes to pay for his plan by eliminating TANF and the CDCTC, and by eliminating state and local tax deductions. Consistent with President Biden’s plan, the Democrats in Congress will propose a similar child allowance, although slightly smaller and without eliminating the other child-related benefits.

The Senator’s proposal addresses some well-known problems in the existing safety net, namely high effective marginal tax rates, a complicated bureaucracy, and marriage penalties. Senator Romney’s proposal would also reduce child poverty — an important goal. But addressing these problems by increasing government benefits is not a new or particularly groundbreaking idea, and especially misguided when it replaces work-based programs with a policy disconnected from work. The challenge lies in minimizing unintended consequences, which neither proposal makes an effort to do.

Most importantly, these proposals would undermine the importance of work as a pathway out of poverty for many low-income Americans. Welfare reform in the 1990s transformed our nation’s system for aiding poor families with children by creating TANF. No longer was the federal government a source of unconditional cash payments that replaced the need to work. Instead, cash benefits were time-limited and tied to employment, and the employment rates of single mothers increased as a result. TANF funding supported job training and social services that helped vulnerable families find a permanent path out of poverty. And TANF rightfully gave more responsibility to the states for helping poor families, restoring a spirit of federalism in our nation’s anti-poverty efforts.

Romney’s flat child allowance would dismantle TANF, opting instead to send cash to poor and well-off families alike, regardless of their employment status or earnings. Meanwhile, it would slash funding for critical job training, education, domestic violence, and substance abuse services currently administered through TANF. In fact, only 21% of TANF funds nationally are spent on basic cash assistance, with the rest supporting important wraparound services. Romney’s plan would sacrifice these vital services to send slightly larger monthly checks to nearly all Americans.

Furthermore, by stripping the child-related portion of the EITC away from this tax credit and moving it to a flat child allowance, Romney’s proposal would weaken the work-encouraging components of the existing EITC. Currently, the EITC offers a “bonus” for additional earnings among very low-income families, which research has shown to increase employment; a flat benefit removes this employment incentive. Eliminating tax credits for childcare would also undermine employment, preventing middle-income families from deducting childcare as a legitimate work expense from their taxes.

Equally concerning is that by extending a larger child benefit to higher income households, the child allowance would disproportionally benefit many high-income families. According to analyses by the Niskanen Center, the top quintile of earners would experience more than 19 percent of the distributional impacts of these plans, while the lowest quintile would receive 26 percent and the second lowest 18 percent. It is a rare thing to see proposals that benefit high-income families nearly as much as low-income families marketed as poverty-reduction plans.

All of this begs the question: What would a flat child allowance truly mean for the families to whom it matters the most? Careful analysis shows that such a program would strip the most vulnerable Americans of critical supports such as job training, domestic violence services, and housing supports — all essential services for ensuring a path toward upward mobility. It would undermine the message that employment is essential for wellbeing and prosperity — instead sending nonworking families a check for a couple of hundred dollars each month while doing nothing to instill hope in a long-term path out of poverty. It is time to revisit our anti-poverty approach, but rolling back three decades of successful policy would leave too many families without a viable path out of poverty.

Angela Rachidi is the Rowe Scholar in poverty studies at the American Enterprise Institute.