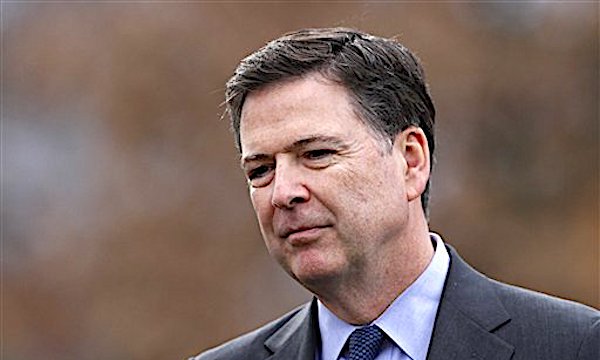 Solomon reported the new evidence confirms there were "warning signs" throughout the probe. FBI agents were told that the Hillary Clinton-funded Steele dossier, which was used to obtain warrants to spy on the Trump campaign, likely had been compromised by Russian intelligence disinformation.

And the agents learned, Solomon wrote, that Clinton herself "might be carrying out an epic dirty political trick to vilify Trump with false information to distract from her own scandals."

"But if ever there were red lights screaming for the FBI to end the counterintelligence probe, they were flashing during a harrowing 20-day window in January 2017 as Barack Obama was leaving office and Trump was coming in," he wrote.

During that period, "nearly every major assumption of the FBI's Russia collusion theory was gutted."

The newly declassified evidence confirmed a Senate Intelligence Committee report that found no evidence that the Trump campaign conspired with the Russian government to influence the 2016 election.

The report featured a scathing criticism of the FBI's handling of the dossier produced by former British spy Christopher Steele.

"The FBI gave the Steele Dossier unjustified credence, based on an incomplete understanding of Steele’s past reporting record," the report said. "The Committee found that, within the FBI, the dossier was given a veneer of credibility by lax procedures and layered misunderstandings."

For one thing, agents ignored the fact that Steele had been dismissed as an intel source because of his leaks to media.

"And yet somehow, some way, the FBI accelerated the investigation even though overwhelming evidence showed — as lead investigative agent Peter Strzok would later text his colleague — there was 'no big there, there,'" Solomon wrote.

He quoted a senior law enforcement official saying, "The evidence yelled stop, and we just hit the go button anyways."

Those activities could be under review by U.S. Attorney John Durham, who was appointed by former Attorney General William Barr to investigate the Obama administration's Trump-Russia probe.

At the end of Obama's term, Solomon said, FBI agents concluded there was no evidence Flynn was a Russian agent and wanted to close the case.

Then FBI Director James Comey briefed Obama on the Flyn investigation amid demands from the White House that "the right people" be on the case.

Then Obama's intelligence agencies said Russia had tried to meddle in the election to help Trump, despite evidence to the contrary.

Carter Page told FBI informants he was innocent of the "lies" in the dossier. But his statements were concealed from the Foreign Intelligence Surveillance Act court, which must approve any domestic spying.

The dossier then was leaked to the public, and FBI agent Peter Strzok claimed it could be used as a "pretext" to interview targets. But the FBI received a warning that Steele's reporting could be "part of a Russian disinformation campaign."

Even Comey, while insisting on using Steele's work, admitted the dossier could be corroborated, Solomon noted.

And William Priestap of the FBI questioned the bureau's interviews with Flynn.

"What is our goal? Truth/Admission or to get him to lie, so we can prosecute him or get him fired?"

The Just the News report comes on the heels of its the Biden administration is thwarting President Trump's order to declassify the Russia probe documents.

Solomon cited sources saying unreleased documents include copies of the flawed Foreign Intelligence Surveillance Act warrants allowing the FBI to spy on Carter Page, requests from the FBI for informant Stefan Halper to spy on the Trump campaign and documents concerning Steele,

Only about 15% of the thousands of pages of material Trump ordered declassified have been released.

Bob Unruh
Bob Unruh joined WND in 2006 after nearly three decades with the Associated Press, as well as several Upper Midwest newspapers, where he covered everything from legislative battles and sports to tornadoes and homicidal survivalists. He is also a photographer whose scenic work has been used commercially.
Appeal to U.N.: If you're against torture, condemn abortion
Bill would allow individuals to sue government agencies
Appeals court strikes city's gun 'storage' requirement
Coalition to Supreme Court: Cell phones contents are private
Biden turns his back on female athletes in Connecticut
See more...