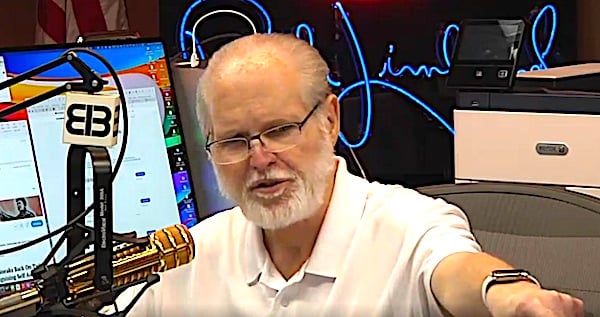 Talk-radio host Rush Limbaugh on Tuesday explained why establishment Democrats and Republicans are so terrified of President Trump.

It's gotten so bad that a Washington Post columnist even urged Congress to deprive him of a presidential library.

But the Washington "swamp" has to discredit him because they fear what he represents: "an uprising of the people of this country against Washington, against the establishment," Limbaugh told his listeners.

The movement has been building since Ross Perot's run for president in 1992, he said.

"Oh, yeah, it predated Trump. The Tea Party was part of this. Trump was just the first guy to come along and actually weaponize it, in a political sense," he explained. "But the Trump movement existed before there was Trump, and then he built it and grew it to the point of 75, 74 million voters."

In fact, there are indications that Trump's popularity has been growing since he left office.

Limbaugh said the "same cabal" that pushed the debunked Russia-collusion claims against Trump are pushing the second impeachment.

And they are "doing everything they can," because, he said, they fear him and what might happen if he were to return to politics.

Will the left succeed in preventing Donald Trump from having a presidential library?
5% (68 Votes)
95% (1187 Votes) 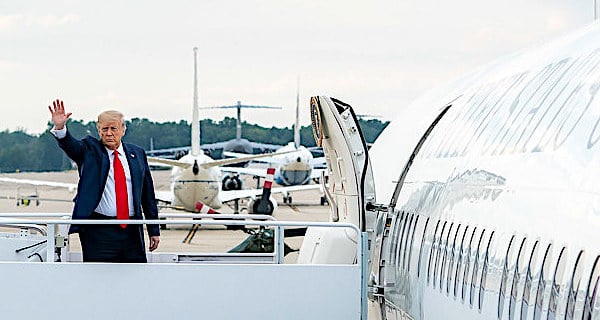 "They are abjectly, they’re deathly afraid that Trump is going to triumphantly return to public life — and I’m not saying, 'triumphantly return to the presidency.' But they’re not gonna be able to stop this. They’re not gonna be able to stop Trump from having a public life if he wants it, and when that happens — and they are waiting in abject fear for that. They don’t know how it’s gonna manifest," he said.

"They don’t know if it’s gonna be a press conference from Mar-a-Lago or a golf club. They don’t have the slightest idea. So they’re trying to ram through this impeachment business so that they can discredit anything he says anytime he says it, because they’re worried."

He cited the call to deny him a presidential library by the Washington Post columnist.

"They’re worried that it would become the biggest tourist attraction in the country. That’s what they’re worried about — and it would. It would! They are scared to death of any picture, any video, any image that would confirm or testify to Trump’s popularity," Limbaugh said.

"It’s the same kind of people, same bunch of people with the same mind-set who are now on this second impeachment and doing what they can to maneuver and manipulate public opinion against Trump because they are scared to death of a public reemergence. They’re trying to destroy whatever credibility he has remaining."

What they actually are doing, without knowing it, is cementing his popularity, he said.

For four years, Trump's opponents had "free rein," he said.

"They could make up anything they want about Donald Trump. Think of it this way: Here you are the Democrat Party, you have the FBI, you have the CIA — at least, you have members of both that are sympathetic to the Washington establishment," he said. "And you have basically the knowledge that for the next four years you can make up anything you want about Donald Trump, and the media will amplify it. In other words, you don’t have any limits. So your objective is to destroy Donald Trump. You want to reverse, if you can, the election results of 2016. You want him out of there ’cause you’re scared to death what he represents."

He said the claim in the article of impeachment claim that Trump threatened the constitutional system "is an abject lie."

"They are lying about his role in the January 6th 'uprising,' or whatever you want to call it, at the U.S. Capitol. And they know they are. And they’ve got in guardrails. There’s no reason for them not to. They don’t have a media that’s gonna call them out on it, so they’re literally free. All of this is about making sure that Donald Trump can never, ever again have any role in American public life."