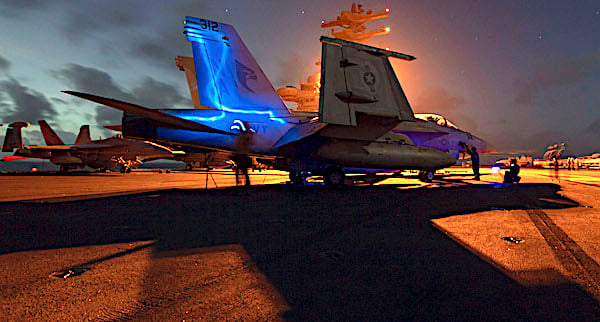 A prominent Beijing scholar on international relations is warning that without a "new stability" in China's relationship with the United States, "there will be war."

"It cannot be taken for granted and fantasized that conflict will never erupt between the two," said Shi Yinhong, a professor at the Institute of International Relations at Renmin University.

A transcript of his speech at the National Institute of Development and Strategy of Renmin University was posted Monday on Guancha, a news site affiliated with the Chinese Communist Party, according to the Middle East Media Research Institute.

He said the stability that the U.S. and China have had in the past is gone.

"So there must be new strategic stability which will be achieved by being practical, sufficiently focused, and through specific and important proposals, dialogues or negotiations," he insisted.

"I think the trend of China-U.S. relations after the U.S. election can be influenced or shaped by China to a large extent," he said. "Therefore, China's strategies and policies, as well as appropriate adjustments to these strategic policies, are very important. The current situation of China and the U.S. determines that it is impossible for the two sides to significantly back down from their confrontation or rivalry."

He said China first must "implement strategic/military adjustment and revision with resolution, commitment and persistence, and use it as a basic condition for negotiation to reduce the risk of collisions on strategic frontiers between China and the U.S., while promoting new strategic stability."

"The stability of the past three years between the two countries is gone, and without new stability, there will be war," he said. "So there must be new strategic stability which will be achieved by being practical, sufficiently focused, and through specific and important proposals, dialogues or negotiations."

Secondly, he said, that for a "certain period of time, although there can be and must be exceptions, but in general, China cannot have confrontation with other developed countries besides the United States and Britain, as well as any major developing countries."

"The purpose is to focus strategically and reduce first- and second-tier opponents," he said.

Shi said that over the past year, "the strategic frontiers of China and the U.S. are inching closer, especially when the two countries were set in motion of confrontation and opposition against each other."

"It cannot be taken for granted and fantasized that conflict will never erupt between the two. [If we] do not deal with problems, or properly solve problems, at least part of the problems of stability, who can say that China and the U.S. will not be on a clashing path? So it is necessary to encourage the two countries to reduce the threat of the collision of their strategic frontiers, and promote new strategic stability between them," he said.

"We must strive to solve new strategic problems through practical thinking, sufficient focus and dialogues or negotiations on important proposals. At the same time, this will also serve to isolate the views towards China of the U.S. political class and to win over other important countries in the world with their more understanding and sympathy for China."