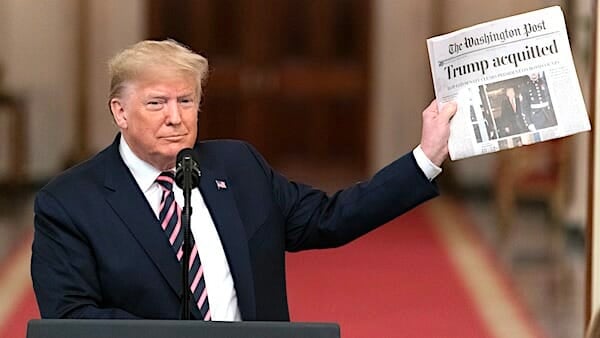 The Democratic House impeachment managers drew praise for their strategically edited videos of the violence at the Capitol, but now a private group is firing back with a video that turns the tables, using clips of statements by Democrats to undermine their case.

The producer of "Democrats make the case against themselves" is AceSix4 Films, reports Disrn.com.

It shows lead House impeachment manager Rep. Jamie Raskin, D-Md., complaining during the Senate trial earlier this week that Trump claimed the election had been stolen from him.

The video then jumps to January 2017, when Raskin himself objected during the certification of electors to votes cast in Florida.

Then there was the 2016 Democratic presidential candidate, Hillary Clinton, complaining the election was "stolen" from her.