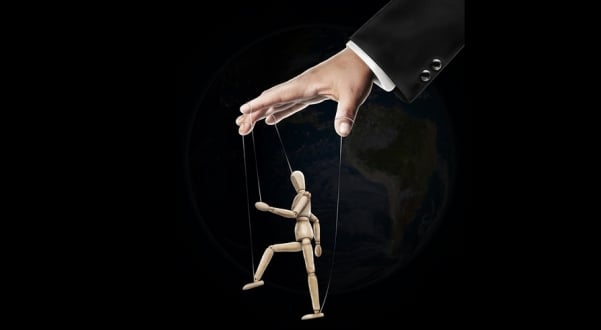 For much of the 2020 presidential election campaign, many critics of Joe Biden charged he was catering to the extremists in the Democratic Party.

They warned that in his effort to attract votes he would advocate policies that were not in alignment with mainstream America.

The Sun reported Biden was being described in the political world as a "puppet of Nancy Pelosi and 'far-left Democrats.'"

In a recent interview with Paul Bedard's "Washington Secrets" column, Donald Trump Jr. said many Biden voters now "realize that they have been played," that he's "not the moderate nice guy that they made him out to be."

"He's a puppet of the radical Left, and he's their dream guy because they'll sign whatever they put in front of them, and he doesn't know the difference."

Now, a new Rasmussen poll finds 54% of likely voters think Biden is a "puppet of the left."

"Less than a month after President Joe Biden’s inauguration, most voters believe the Democrat is 'a puppet of the radical left' and not the moderate 'nice guy' he was portrayed as being during the election campaign," Rasmussen said.

"Not only do 82% of Republicans agree with Trump Jr.’s statement, but so do 27% of Democrats and 54% of voters not affiliated with either major party," the report said.

The survey found 49% of likely voters believe the left wing has too much influence over Biden.