Three Norwegian health care workers have been hospitalized after receiving the newly-unveiled single-dose AstraZeneca COVID-19 vaccine, authorities have announced, which has led to a temporary suspension of giving out the shot.

Reuters reported that the workers experienced issues relating to blood clots and other vascular issues. Norwegian authorities did not say how long the distribution of the vaccine would be halted as those people remain hospitalized.

Sigurd Hortemo with the Norwegian Medicines Agency told reporters at a media briefing with members of the Norwegian Institute of Public Health that each of the hospitalized health care workers were under the age of 50, but said the hospitalizations could not be definitively linked to the shot.

“We do not know if the cases are linked to the vaccine,” Hortemo said.

The hospitalizations will be investigated by the European Medicines Agency, Hortemo added.

Steinar Madsen, the medical director at the Norwegian Medicines Agency, told regional media that the affected individuals were very ill after receiving the shots.

“They have very unusual symptoms: bleeding, blood clots and a low count of blood platelets,” Madsen said. “They are quite sick ... We take this very seriously.”

Reuters reported that no such issues were reported during its clinical trials.

AstraZeneca defended the vaccine while pointing out that those hospitalized might have experienced their symptoms with or without taking its single-shot vaccine.

“In fact, the reported numbers of these types of events for COVID-19 Vaccine AstraZeneca are not greater than the number that would have occurred naturally in the unvaccinated population,” the pharmaceutical giant said.

The European Medicines Agency maintained that the benefits of the shot still outweigh the risks.

Denmark had already stopped the company’s shots forgoing into arms, and health authorities in Iceland followed suit this past week. Austrian authorities had previously stopped using one batch of the vaccines over concerns with the shot, as had authorities in Italy.

Meanwhile, Thailand became the first Asian country to halt the use of the company’s vaccine this past week, CNBC reported. The country's health officials were vague when announcing the suspension.

Thai Public Health Ministry secretary Kiattiphum Wongjit called the shot a “good vaccine,” but said it would be paused because the emergence of new cases is being slowed through mitigation efforts such as quarantines.

AstraZeneca developed the single-dose vaccine in a collaboration with the University of Oxford in the U.K.

Roughly five million Europeans had received the vaccine as of this past Wednesday. 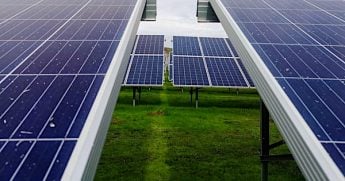