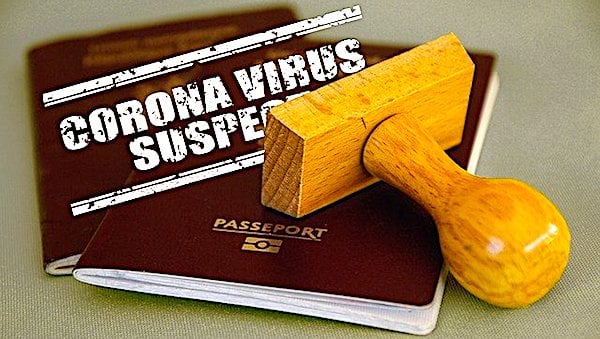 If so-called "vaccine passports" are required by the Biden administration or private companies, Florida Republian Gov. Ron DeSantis promised Monday he would take "executive action" in his state.

"You want the fox to guard the hen house? I mean, give me a break," DeSantis said. "I think this is something that has huge privacy implications. It is not necessary to do."

A digital "vaccine passport" would require customers to provide proof of vaccination to enter a store or a form of transportation.

The governor noted that sometime this week, 3.5 million seniors will have been vaccinated in the state, about 75% of that population.

He said it's important to "take care" of that vulnerable population.

"But at the same time, we are not going to have you provide proof of this, just to be able to live your life normally," DeSantis said. 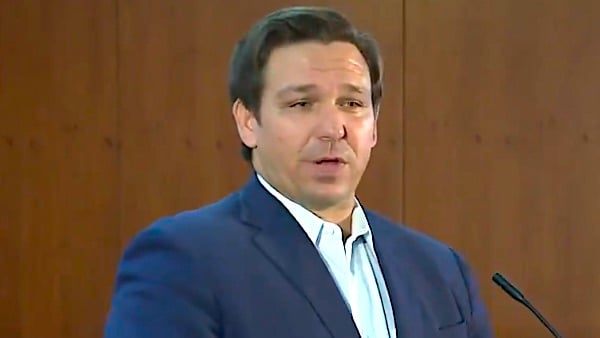 "I'm going to be taking some action, in an executive function, emergency function, here very shortly."

"If under Democrat logic, you should need an ID to enter even a grocery store, surely there wouldn’t be an objection to showing an ID to legally vote," he said.

The Biden administration reportedly is working on a way to standardize a vaccine ID process, the Washington Post reported.

“You want the fox to guard the hen house? I mean, give me a break.” pic.twitter.com/99ZPY9K8AW

"Among other things, it will single out the still large contingent of people who refuse vaccines, who will be foreclosed from doing a lot of things their peers can do. That should help break the resistance down," he wrote.

Investigative reporter Sharyl Attkission reacted: "This sort of blind advocacy can be harmful."

In an interview Sunday night, liberal feminist author Naomi Wolf warned a vaccine passport would be "literally the end of human liberty in the West."

This sort of blind advocacy can be harmful. https://t.co/7WJ7dMbQl4

Meanwhile, President Biden on Monday urged state and local officials in states such as Texas to reconsider lifting their coronavirus restrictions and to reinstate mask mandates.

"Please, this is not politics. Reinstate the mandate if you let it down," Biden said.

As he walked away from the podium, Biden paused to answer whether or not some states such pause reopening.

The Vaccination Credential Initiative aims to enable people to "demonstrate their health status to safely return to travel, work, school and life while protecting their data privacy."

Oracle and the Mayo Clinic also are part of the coalition, which is working with technology created by The Commons Project in partnership with the Rockefeller Foundation.

People who have been vaccinated for the coronavirus currently receive a piece of paper to document their vaccination, Paul Meyer, the chief executive of The Commons Project, told the Financial Times.

The coalition could develop a digital certificate that would be stored on a smartphone in a digital wallet or a physical QR code.

The Times said the coalition expects event planners and universities will require proof of vaccination.

Mike Sicilia, the executive vice president of Oracle's Global Business Units, said in a statement the passport "needs to be as easy as online banking."

Reuters reported in January a firm of London plumbers is considering including in its employment contracts a requirement for workers to have a COVID-19 vaccine, according to its founder.

In early December, a bill was proposed in the New York State Assembly that would require COVID-19 vaccines for all residents who are able to safely receive it. The move came after the New York State Bar Association recommended the state consider making it mandatory for every resident, except for people exempted by a doctor.

In Virginia in August, the health commissioner said the state would mandate the vaccine, but a spokeswoman later said there were no such plans.