It was first reported on April 5, 2018 – a day that should have lived in infamy.

Citizens of the largest country in the world, China, with a population reaching nearly 1.5 billion – including an estimated 100 million Christians – were formally denied the human right to buy a Bible. For years, many Chinese Christians treasured tiny scraps of precious parchment with Bible verses on them – pieces that would be protected by the lives of the fortunate owners.

On April 5, 2018, there was one innocuous, matter-of-fact, but fairly truthful, article in the New York Times about Amazon's decision to capitulate to the Chinese Communist tyrants, along with two other online retailers.

Under an understated headline, "China Bans Online Bible Sales as It Tightens Religious Controls," the story began, "BEIJING – The Chinese government has banned online retailers from selling the Bible, moving in the wake of new rules to control the country's burgeoning religious scene."

"The measures to limit Bible sales were announced over the weekend and began taking effect this week," the story continued. "By Thursday, internet searches for the Bible came up empty on leading online Chinese retailers, such as JD.com, Taobao, and Amazon, although some retailers offered analyses of the Bible or illustrated storybooks."

The story announced the retailers, including Amazon, did not respond to requests for comment as that Thursday was the start of a long holiday weekend in China.

"The move aligns with a longstanding effort to limit the influence of Christianity in China," the story related. "Among China's major religions – which include Buddhism, Taoism, Islam and folk beliefs – Christianity is the only one whose major holy text cannot be sold through normal commercial channels. The Bible is printed in China but legally available only at church bookstores."

But online retailers created a loophole that made ordering the Bible easier. Online shopping had become as popular in China as it was in the U.S.

The only thing that had to happen was that Chinese officials had to make the suggestion to Jeff Bezos to stop selling Bibles online. China made a deal with pope to save face – and then the regime broke it.

Beijing's new rules for clergy of all religions in China have been published in English – and, disastrously for the Vatican, they make no mention of any role for Pope Francis in approving the appointment of Chinese Catholic bishops. So it looks as if the Vatican's secret deal with China, which gave the pope nominal spiritual sovereignty over party stooges operating as bishops, is dead in the water. President Xi Jinping appears to have reneged on the agreement – having achieved his aim of breaking the back of the underground Catholic Church in China.

By the way, since Bezos owns the Washington Post, I looked in that paper but could not find coverage of the day of infamy for the oppressed people of China. Why? Why is he given a free pass? Why does Amazon, which is treated like gold with major tax cuts in the U.S., and more, get a free pass from anyone?

Think of it. People have risked their lives to smuggle God's Word into China ever since the Communists took over 70 years ago. China's underground Christians are known for dividing up Bibles one page per person, committing the Scriptures to memorization and then exchanging them within their secret meetings.

But Bezos, with all his money, turns a blind eye to the faithful people of God.

With that said, would you bet against the Word of God?

I advise against it.

Most Americans take the Word of God for granted. Some 88% own at least one copy. The average family owns more than four.

That is not the norm – not in today's world, nor throughout history.

Those attempting to publish the Bible were burned at the stake – in 14th century England!

From Saudi Arabia to Turkmenistan, many Islamic countries ban the Bible today, while others make it extremely difficult to find copies in Arabic or other native language.

North Korea still officially imposes a death sentence for those found with Bibles.

The history of the Bible shows it to be far and away the most burned and banned book in the world.

The Bible tells us that Satan is "the prince of this world." He's at war with the God of the Bible. He's got a limited time left before he is cast out, bound and crushed. But until that judgment, he will continue to roar like a lion (1 Peter 5:8). Coincidence? And remember, his game is ruling the world without ever drawing too much attention to himself. In fact, his greatest accomplishment has been to convince people he doesn't exist.

About 50% of all books purchased in the U.S. are now bought at Amazon.com – and, in cooperation with the Chinese totalitarian government, Amazon bans the Bible. Yesterday I told you how Bezos represents a major existential threat to conservative books.

The Bible describes something worse than physical hunger in the world – such as when there are times of spiritual famines of the Word of God. Amos 8:11-12 records: "Behold, the days come, saith the Lord God, that I will send a famine in the land, not a famine of bread, nor a thirst for water, but of hearing the words of the Lord: And they shall wander from sea to sea, and from the north even to the east, they shall run to and fro to seek the word of the Lord, and shall not find it."

But, in light of these developments, there's something I find even more disturbing.

While the Word of God is banned around the world today, some of the most famous pastors, preachers and teachers are strongly advocating that Christians stop relying on the Word of God, which the book of Hebrews describes as "quick, and powerful, and sharper than any two-edged sword, piercing even to the dividing asunder of soul and spirit, and of the joints and marrow, and is a discerner of the thoughts and intents of the heart." (Hebrews 4:12)

Jeff Bezos doesn't believe in it. Neither does the Chinese Communist Party. And Joe Biden will believe anything he is told.

They all say it's irrelevant.

They say it's obsolete.

They say young people will no longer respond to the beckoning of the Word of God.

They say it's time for a new approach.

Some leaders of the American church today even tell us that the Word of God was abandoned by the apostles in the first century, yet the apostles' own words speak forcefully and unequivocally in opposition to that idea.

When Josiah became king of Judah, the people had lost the Word of God through neglect. It was gone. Then one day a priest found the book of the law.

Josiah read it to the people day and night.

For that reason, Josiah is described in 2 Kings 23:25: "And like unto him was there no king before him, that turned to the Lord with all his heart, and with all his soul, and with all his might, according to all the law of Moses; neither after him arose there any like him."

One of my favorite passages is found in Isaiah 55:11: "So shall my word be that goeth forth out of my mouth: it shall not return unto me void, but it shall accomplish that which I please, and it shall prosper in the thing whereto I sent it."

And remember Who is the Word of God from Creation through eternity? Jesus. (Revelation 19:13)

Like I said, do you believe in Jeff Bezos? The Chinese Communist Party? Joe Biden and the "cancel culture"?

Do you have faith in man? Or do you have total belief in the Living Word of God?

Sooner or later, It's going to come down to that. 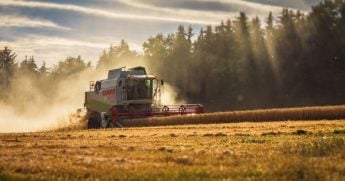 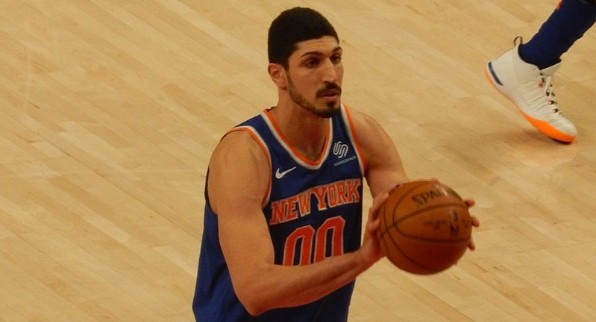