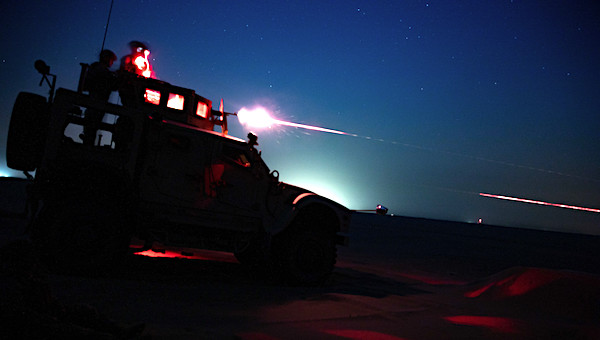 Saudi Arabia is laying the foundations for another Gulf crisis – this time provoking its ally, the United Arab Emirates. Just weeks after patching up a years-long dispute with Qatar, the kingdom has announced a new plan to require all foreign businesses to have a regional headquarters in Saudi Arabia, or risk getting locked out of contracts with the government. The decision constitutes a direct shot at the UAE and risks positioning Riyadh and Dubai for an eventual clash.

Starting in 2024, the Saudi government and state institutions will cease signing contracts with foreign companies that choose to locate their Middle East hubs outside Saudi Arabia. However, Riyadh will not completely lock out offending firms. According to Saudi Minister of Investment Khalid al Falih, firms in the Saudi private sector will be able sign contracts with them, and so will state-owned firms that are publicly traded. Saudi Arabia is offering carrots for companies to move, including zero corporate tax for 50 years; a waiver from Saudization quotas that require companies to hire Saudi nationals; loosened rules for spouses to get work permits; and potential favoring in tenders and contracts.

The move comes as Saudi Arabia attempts to diversify its economy away from oil and seeks to attract foreign investment and businesses to Saudi Arabia. A softer form of this relocation measure, dubbed “Programme HQ,” launched last month and focused primarily on providing incentives to move.

But as Saudi Arabia’s economic headwinds have grown due to coronavirus-induced lockdowns and low oil prices, Riyadh has started to complement those carrots with sticks. The kingdom’s economy contracted 4.1% in the last year, the worst such decline in over three decades. Unemployment hit an all-time record of 15.4% in the second quarter of 2020 before declining slightly to 14.9% in the third quarter.

The Saudi rationale is that if companies want to benefit from the Saudi market, then they must first benefit Saudis, with the Saudi Press Agency stating that the decision aims to “create more jobs” and “limit economic leakage.”  Mohammed al Jadaan, the Saudi finance minister, said Riyadh and Dubai could complement each other and portrayed the decision as Riyadh’s right to “have its fair share of regional headquarters.”

While this relocation plan might not be an intentional shot at the UAE, it could play out this way in practice, given the UAE’s role as the region’s business hub. There are already signs of discontent: Nasser al Shaikh, Dubai’s former finance chief who steered the emirate during the 2008 financial crash, called the move a violation of the Gulf common market and argued that “forced attraction” cannot work.

Indications are the UAE is taking the Saudi threat very seriously. As Saudi Arabia has enacted societal reforms and improved the ease of doing business, the UAE has followed suit, sparking a reforms race across the region.

Recently, the UAE began allowing expats to divorce, marry, and inherit according to their home country’s laws; permitted unmarried couples to cohabitate; and removed the requirement to have a license for alcohol consumption. The UAE will also offer citizenship to expats, a first for both the Emirates and the Gulf. Though foreigners cannot apply directly for citizenship – they have to be nominated by Emirati officials or royals – this is nevertheless a groundbreaking reform in a country that only recently began offering long-term visas or permanent residency to its expat population.

If Saudi Arabia’s forced relocation plan succeeds, it risks sparking a rift with its staunchest ally in the Gulf as both scramble for valuable foreign business and investment opportunities, especially as both countries target the same sectors for diversification.

It is unlikely, for now, that this rift will spill into the open, resembling the ugly public sparring that characterized the Qatar dispute. But even quiet competition could have ramifications for an already fractured Gulf.

All that, of course, depends on how successful the Saudi program will be – which is a big unknown. For starters, firms will likely not enjoy receiving an ultimatum. The business community may resent the shift from incentivizing businesses to open local headquarters, to punishing businesses for not having them. After all, firms have already been burned more than once by the high levels of political and reputational risk involved in transacting with Saudi Arabia.

More important, even with Riyadh’s incentives, the costs could still outweigh the benefits. Saudi Arabia’s attractiveness as a business hub, though improving, still pales in comparison to that of the more liberal UAE. With the UAE’s free zones, transparent legal regime, established consumer market, and more liberal way of life, firms may find it is not worth their while to leave the country. Plus, it might be difficult for businesses to uproot themselves after they have spent decades building up a presence in the Emirates.

The full impact of this economic contest on the once-ironclad Saudi-Emirati alliance will emerge in due time. But as Riyadh refashions itself as the center of Gulf gravity, such clashes could only become more common. Gulf unity – or whatever is left of it – hangs in the balance.

Varsha Koduvayur is a senior research analyst at the Foundation for Defense of Democracies, where she focuses on the Persian Gulf. Follow Varsha on Twitter @varshakoduvayur. FDD is a Washington, DC-based, nonpartisan research institute focusing on national security and foreign policy. The views expressed are the author's own.