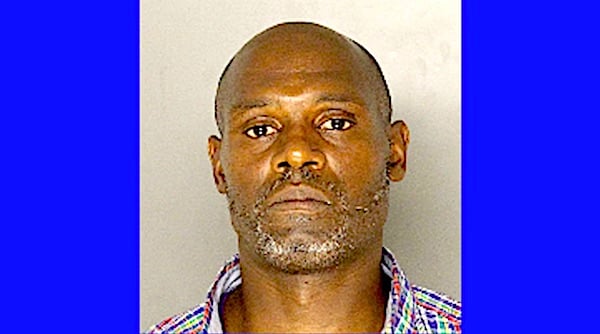 A Pittsburgh man reportedly ranting about "white devils" is in custody after allegedly tackling a 12-year-old boy from behind and stabbing him in the neck with a box cutter while he and his family were waiting in line at a McDonald's restaurant Saturday afternoon.

WPXI-TV reported: "Police said a family of four was standing in line when a man tackled the child from behind and stabbed the boy in the neck. Family members immediately tried to get Turner off the child and struggled to restrain him. As one family member helped the injured boy another continued to hold Turner down, who pushed back biting him and causing him to bleed."

The Pittsburgh Post-Gazette reports the criminal complaint explained "Turner fought with officers as they tried to arrest him. The complaint alleges that Mr. Turner used racial slurs against officers, patrons and employees during his arrest and bit one of the witnesses."

The Gateway Pundit noted, "According to local television reports, Turner was muttering 'white devils' and other anti-white slurs at the crime scene, though the Post-Gazette opted not to include the details about the 'racial slurs' he was using," adding the case "appears to be a clear anti-white hate crime."

As people were trying to pull the assailant off the boy, that's when they noticed the child's neck had been slashed.

The Post-Gazette reported: "A black and yellow box cutter knife was found at the scene. The blade was broken, and police said a bloodied, broken piece was recovered where the stabbing took place.

"According to court documents, Mr. Turner has a criminal history in the county dating back to 1987. He has been arrested multiple times throughout the years for aggravated assault, aggravated harassment by a prisoner and simple assault."

Cara Cruz, a public safety spokeswoman, told KDKA-TV the boy was with his family when the attack took place.

"He was with his family. He was standing in line, they had just zipped in for one quick thing," she said. "Two McDonald's employees did try to intervene and help the child."

The criminal complaint says family members tried to question Turner, who told them "he only wanted to finish his coffee and then leave the restaurant," according to WPXI.

The boy, whose identity was not released, was originally listed in critical condition, but has since been upgraded to stable condition.

One police officer suffered to cuts on his face and two other victims had minor injuries.

"Medics observed the officers and the employees at the scene, but that they did not require treatment or to be transported to the hospital," Cruz told KDKA.

Turner is being held at the Allegheny County Jail.