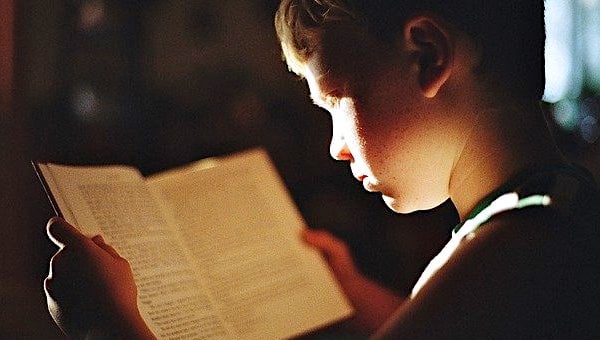 In “1984,” George Orwell’s famous novel about a nightmarish future society, the main character Winston Smith runs afoul of the ruling “Party” for insisting that “two plus two make four.” Only after being tortured by those in power does he come around to agreeing that, of course, “two plus two make five.”

In New York City, math education Professor Laurie Rubel claims the whole notion that “2+2=4” is one that “reeks of white supremacist patriarchy.” How is that remotely possible? As the Brooklyn College prof explained in a tweet: “The idea that math (or data) is culturally neutral or in any way objective is a MYTH. … Along with the 'Of course math is neutral because 2+2=4' trope are the related (and creepy) 'Math is pure' and 'Protect math.' Reeks of white supremacist patriarchy.”

Likewise, in Oregon, the state’s education department is promoting “A Pathway to Math Equity,” intended to train public school teachers in how to “dismantle racism in mathematics instruction.”

“We see white supremacy culture show up in the mathematics classroom even as we carry out our professional responsibilities,” declares the teachers’ guide. “The concept of mathematics being purely objective is unequivocally false. … Upholding the idea that there are always right and wrong answers perpetuate objectivity as well as fear of open conflict.”

Most Americans would describe the notion that mathematics is “racist” as completely insane.

Meanwhile, Rutgers University recently determined that speaking and writing English correctly is – just like math – also totally racist. The school’s English department is altering its grammar standards to “stand with and respond” to the Black Lives Matter movement and emphasize "social justice" and "critical grammar" over irrelevancies like correct spelling and grammar. The English Department is even offering an internship titled "Decolonizing the Writing Center" to make writing “more linguistically diverse."

To recap: Insisting that two plus two equals four and that there are correct and incorrect ways to spell, write and speak English are indicative of “white supremacist patriarchy” and a need for “decolonization.”

This is just a small taste of what is overtaking the nation’s educational system – which, truth be told, amounts to the Marxist indoctrination of America’s children.

It’s all documented in the sensational new issue of WND’s monthly Whistleblower magazine, an issue titled “BRAINWASHING AMERICA’S NEXT GENERATION.” 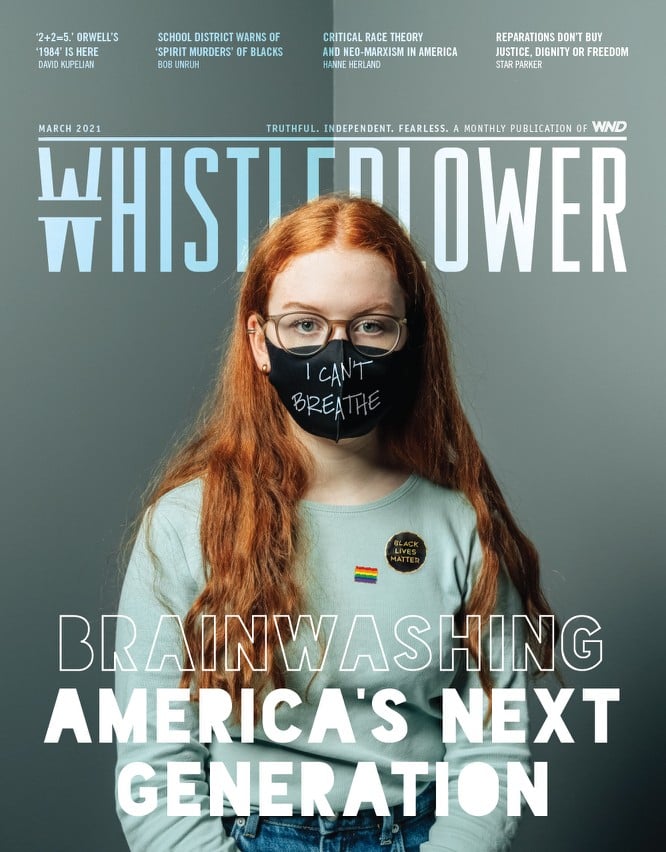 (Important editor’s note: Due to circumstances beyond our control, we had to skip the February issue of Whistleblower. However, please rest assured that all subscribers will still receive a FULL 12 ISSUES in their subscription. So, nothing to worry about. Thanks for your patience and understanding!)

Highlights of “BRAINWASHING AMERICA’S NEXT GENERATION” include:

Whistleblower Editor David Kupelian explains the underlying power-play aimed at America’s children: “The Marxist poison that has long plagued America’s colleges and universities is now spilling out and – under cover of “anti-racism training” – revolutionizing public schools across the country. Millions of children are being taught to hate their own country, to feel guilty over crimes they didn’t commit, and to abandon the values that made America the greatest, most prosperous, and least racist nation on earth.”

And Kupelian recalls Abraham Lincoln’s prescient and chilling warning: “The philosophy of the school room in one generation will be the philosophy of government in the next.”“BRAINWASHING AMERICA’S NEXT GENERATION” offers a powerful insider look at exactly what is being done to the current generation in America’s school rooms.

You’ll receive a copy of “No Campus for White Men: The Transformation of Higher Education Into Hateful Indoctrination” by Scott Greer.

College campuses in America today have descended so far into Marxist indoctrination and bizarre political correctness that they are commonly referred to as "small ivy-covered North Koreas."

What is going on? Are we sacrificing the next generation of Americans to a toxic illusion of "higher education"?

"No Campus for White Men" shines a bright light on the growing obsession with diversity, victimization and identity politics on today's college campuses, and shows how it is creating an intensely hostile and fearful atmosphere that can only lead, ultimately, to ever greater polarization in American society.

Across the country, ugly campus protests over speakers with dissenting viewpoints, as well as a preoccupation with "micro-aggressions," "trigger warnings," "safe spaces" and brand-new "gender identities," make it obvious that something has gone terribly wrong with higher education. For years, colleges have pursued policies favoring students based not on their merit, but on their race, gender and sexual orientation. The disturbingly negative effects of this culture are now impossible to deny.

Scott Greer’s investigative work links such seemingly unrelated trends as "rape culture" hysteria and Black Lives Matter to an overall campus mindset intent on elevating and celebrating leftist-designated "protected classes" above everyone else – while intimidating, censoring and punishing those who disagree with this perversely un-American agenda.

In "No Campus for White Men," Greer spotlights the dark forces at work behind the scenes that are feeding higher education’s metastasizing crisis – and how all this results in sustained animosity, first and foremost, toward white men. Greer also documents how this starkly totalitarian culture is not isolated to higher education, but is rather a result of trends already operating in society. Thus, he shows, today's campus madness may totally dominate America if it is not addressed and reversed soon.

"Something's wrong on college campuses. Most of us are dimly aware of that. In this bracing and sometimes horrifying book, Scott Greer pulls off the bandage to reveal the suppurating wound beneath. Higher education is rotting in this country. After reading Greer's account, you'll think twice before sending your children off to school." – Tucker Carlson, host of Fox News' "Tucker Carlson Tonight"

If you prefer, you may order a single copy of the March 2021 issue, "BRAINWASHING AMERICA’S NEXT GENERATION." Or GET THE DIGITAL VERSION HERE!

WND News Services
These reports are produced by another news agency, and the editors of WND believe you'll find it of interest.
Biker outlaw and founder of Hells Angels dies at 83
Marvel Comics to introduce new 'gay Spider-Man' variant in upcoming series
Last World War II Metal of Honor recipient dies at 98
Anchovies are reportedly raining from the sky across major city
Independence Day firework shows being canceled thanks to Biden crises
See more...