In February, as WND reported, a remarkable New York Times feature story showed how the postmodern relativistic culture of elite Smith College prompted administrators to appease a black student who falsely claimed she was racially profiled, wrecking the lives of four of the school's lower-class wage earners, who were branded as bigots.

Now, in a letter co-signed by prominent black leaders, civil-rights era leader Robert Woodson has written to the president of the women's college, Kathleen McCartney, to express their "outrage" at the treatment of the service workers. 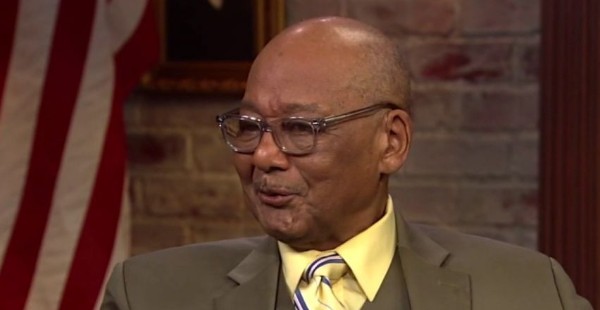 "Before investigating the facts, Smith College assumed that every one of the people who prepare its food and clean its facilities was guilty of the vile sin of racism and forced them to publicly 'cleanse' themselves through a series of humiliating exercises in order to keep their jobs," Woodson wrote in the letter Monday.

"When an investigation of the precipitating incident revealed no evidence of bias, Smith College offered no public apology to the falsely accused and merely doubled down on the shaming of its most vulnerable employees." 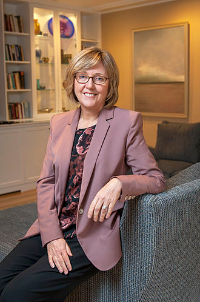 Among the other signatories is Shelby Steele, a senior fellow at Stanford University's Hoover Institution who specializes in the study of race relations, multiculturalism and affirmative action.

Woodson noted that many "of us participated in the Civil Rights Movement, fighting for equal treatment under the law, which included due process and the presumption of innocence.

"We didn’t march so that Americans of any race could be presumed guilty and punished for false accusations while the elite institution that employed them cowered in fear of a social media mob," he said. "We certainly didn’t march so that privileged Blacks could abuse working class whites based on 'lived experience.'"

Woodson offers a forum for voices such as Steele's to counter the narrative of the New York Times "1619 Project" called the "1776 Unites Campaign." And his Washington, D.C.-based Woodson Center helps support "more than 2,881 neighborhood leaders in 40 states who are tackling issues ranging from homelessness, addiction, to joblessness, youth violence and the need for education and training."

'All I did was be Black'

In the New York Times story, reporter Michael Powell said the Smith College saga "highlights the tensions between a student's deeply felt sense of personal truth and facts that are at odds with it."

The story began in the summer of 2018, when Oumou Kanoute, a black student, recounted on Facebook that she was eating lunch in a dorm lounge when a janitor and a campus police officer walked over and asked her what she was doing there. The area was off-limits to students at the time, because the school was hosting a youth conference. Nevertheless, claiming a yearlong pattern of harassment at Smith, Kanoute said the incident caused a near "meltdown," as the officer could have been carrying a "lethal weapon."

"All I did was be Black," Kanoute wrote. "It's outrageous that some people question my being at Smith College, and my existence overall as a woman of color."

McCartney profusely apologized and put the janitor on paid leave, saying the "painful incident reminds us of the ongoing legacy of racism and bias in which people of color are targeted while simply going about the business of their ordinary lives."

Kanoute's claim was reported by the New York Times, the Washington Post and CNN while the ACLU took up the case, claiming the student was punished for "eating while Black."

The Times' Powell acknowledged there was "less attention" to the story three months later when a law firm hired by Smith College to investigate found no persuasive evidence of bias.

The 35-page report cleared the campus employees and found no sufficient evidence of discrimination by anyone else involved, including the janitor who called campus police.

Nevertheless, McCartney insisted the report validated Kanoute’s "lived experience," notably the fear she felt at the sight of the police officer. And the president concluded it's "impossible to rule out the potential role of implicit racial bias."

The investigative report also said Kanoute could not point to anything that supported the claim she made on Facebook of a yearlong "pattern of discrimination." But McCartney offered no public apology to four employees who had been implicated in the incident and branded as racists.

In his letter Monday, Woodson noted that McCartney wrote to the Smith College community in Februrary assuring them of the college's committment "to advancing equity and inclusion" that is "grounded in evidence.”

"Have you gathered any verifiable evidence of success from the 'anti- bias' training you forced your service employees to undergo as a condition of their employment?" he asked.

Woodson said many black Americans find such training "profoundly condescending and dehumanizing," as it reduces them to a racial category.

"Elite institutions like Smith should be teaching all their students to work through misunderstandings and offenses with the very grace you ask for in your letters, not punishing its least powerful employees in order to virtue signal," he wrote.

Woodson acknowledged Smiths desire to provide "a welcoming environment for all its students," but that is not accomplished "by throwing its employees under the bus over a misunderstanding."

"Students today do not need to be taught moral cowardice or how to impulsively rush to judgment," he said. "They need models of maturity, courage, and positive conflict resolution."

He is asking for public apology to the falsely accused service workers, a cancellation of "accusatory 'anti-bias' training," and compensation for the harm done to the service workers.

The incident at Smith College took place shortly after a similar incident at Yale in May 2018, when a white graduate student named Sarah Braasch called the police on a black schoolmate, Lolade Siyonbola, who was napping in their dorm's lounge. Braasch was accused of targeting the student for "napping while black," but there is no evidence of any racial motivation.

In 2017, administrators at the far-left, experimental Evergreen State College in Olympia, Washington, lost control of their campus despite bending over backwards to appease students who protested a professor who objected to the college-sponsored "Day of Absence" in which whites would be urged to stay home. Classes ceased for five days, and defiant students at one point surrounded and threatened the professor, Bret Weinstein, outside his office. Students took control of a building, some wielded batons as they roamed the campus. An angry mob held the college's hapless, futilely compliant president hostage in his office, despite his confessions of "white supremacy."

Weinstein, in a three-part film in 2019 about the uproar, said that after students took over a faculty meeting, there was a "race to the bottom amongst faculty members to virtue signal to these rioters."

"This is about a breakdown in basic logic of civilization, and it's spreading," he said.

The first "dramatic battle," said Weinstein, may be on college campuses, but it will find its way into the courts, it's already in the tech sector, and it "will find it's way to the highest levels of government, if we're not careful."

Weinstein said "these ideas were wrong when they first took hold in the academy, and instead of shutting them down, we created phony fields that act as a kind of political affirmative action, where ideas that do not deserve to survive are given sustenance."

"So we have to fight this," he said. "And don't get the sense that this is just about college campuses, or kids overreacting, because that ain't what this is.

"This is far more important than that."

See Part I of the documentary here and Part II here.

In his first week in office, President Biden unveiled a plan to "embed racial equity," rather than equality of opportunity, in all government agencies and "redress systemic racism where it exists" across the nation. Among his moves was the elimination of President Trump's 1776 Commission, which released a report in January explaining why critical race theory is destructive.

The vice chairman of the 1776 Commision, retired Vanderbilt professor Carol Swain, said in a recent interview that having already "destroyed" higher education, the political left is ramping up its effort to fundamentally transform K-12 schooling, teaching children that anything associated with Western Civilization is dangerous.