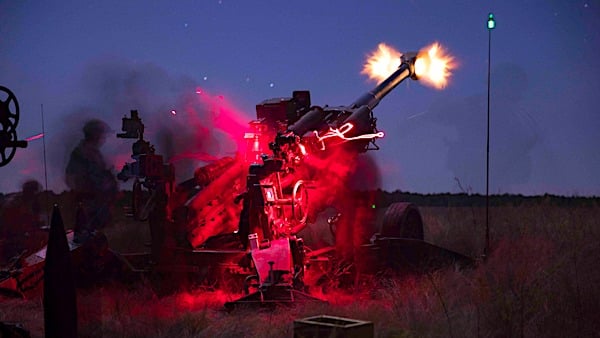 U.S. Special Operations Command, which oversees the military’s counterterrorism and counterinsurgency operations, has reassigned the chief of its diversity and inclusion office over a Facebook post in which he compared President Donald Trump to Adolf Hitler.

A spokesman for the command said on Tuesday that Richard Torres-Estrada had been “assigned to other duties pending the results of the investigation.”

McGraw told the Daily Caller News Foundation on Saturday that USSOCOM was investigating Facebook posts from Torres-Estrada that came to light after his hiring was announced last week.

In one post on June 2, 2020, Torres-Estrada published side-by-side photos of both Trump and Hitler holding Bibles. The photo of Trump was taken a day earlier outside of St. John’s Church in Washington, D.C. following protests over the police-involved death of George Floyd.

The photo of Hitler was doctored and flagged by Facebook as false information.

USSOCOM announced last Thursday that Torres-Estrada was hired as chief of the command’s new diversity and inclusion unit.

Fox News host Tucker Carlson discussed Torres-Estrada’s posts during a segment on his show on Friday.

Carlson blasted the Pentagon for creating the position held by Torres-Estrada, saying that his hiring is one of several recent examples of the Defense Department going “woke.”

USSOCOM did not respond to a request for additional comment on Tuesday.