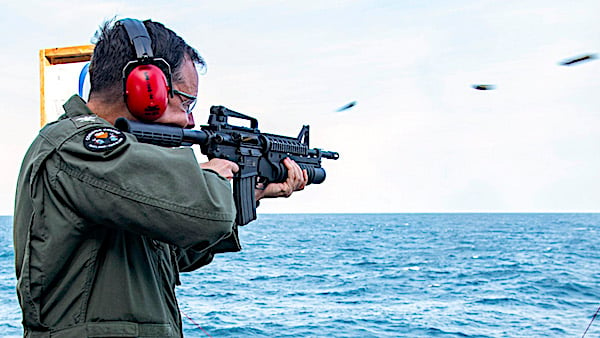 The Background Check Expansion Act, if passed, would require a background check of all gun sales and purchases between all unlicensed sellers and buyers. The background checks would not apply to law enforcement officers, loaning firearms for hunting, temporary transfers for self-defense, or receiving a firearm as a gift from a family member, the Hill reported.

The bill is co-sponsored by Senate Majority Leader Chuck Schumer and 43 Senate Democrats, the Hill reported. Thompson, who reintroduced the legislation to the House of Representatives, is the chair of the House Gun Violence Prevention Task Force.

“For years, the bipartisan House-passed background checks bill languished in the Senate under Republican Leader Mitch McConnell. Now, with Senate Democrats in the Majority, we have the opportunity to act on this overwhelmingly popular, lifesaving legislation to protect American communities,” Schumer said in a press release, according to The Hill.

In order to pass, Senate Democrats would need 10 Republican senators to vote in favor of the bill, according to the Hill.

Murphy said his bill would “save thousands of lives.”

“It’s not complicated – universal background checks are supported but 95% of Americans and will save thousands of lives,” Murphy tweeted Tuesday.

It’s not complicated – universal background checks are supported by 95% of Americans and will save thousands of lives.

Thompson said the bill is bipartisan and will make sure gun purchasers are not a “danger” to others.

“This will make sure that [gun] purchaser is not a felon or is not a danger to himself or others. My legislation is bipartisan, there are Democrats and Republicans who are co-authors of this bill,” Thompson said in video.

I introduced #HR8, my bill to help keep our communities safe from gun violence. This bill expands background checks to be universal, the fastest and most effective way to save lives. Watch my message on the Bipartisan Background Checks Act here: pic.twitter.com/GEwXhc5vCQ

Thompson said in the video that Congress plans for the bill to pass the House by April 1.