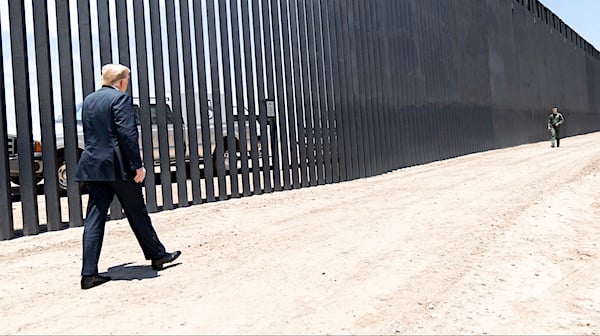 During a congressional hearing Thursday, Homeland Security Secretary Alejandro Mayorkas said he will not restart construction of the border wall, insisting that Border Patrol agents in general are not in support of it.

But that isn't true, contends Brandon Judd, a Border Patrol agent who serves as president of the National Border Patrol Council, a union representing thousands of line agents. 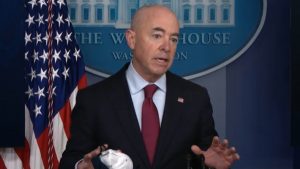 "I do not know of one individual that does not think the wall works," said Judd in an interview with the Washington Times.

There isn't one Border Patrol agent, he said, "that does not think walls allow us to dictate where border crossings take place."

In his reversal of President Trump's immigration policies, Biden has canceled some funding for wall construction and put the rest on hold.

"That is not the response of the United States Border Patrol with unanimity," Mayorkas insisted.

But McCain voted repeatedly for border walls, the Times noted, and even Biden, as a senator, voted for 700 miles of double-tier fencing or wall.

As vice president, Biden was part of an administration that built sections of wall.

Judd argued walls work, noting that in Arizona, during a one-week period in January, areas of the border where wall had been largely completed had a capture rate of about 75%.

In contrast, areas with few sections of wall had an apprehension rate of about 46%. 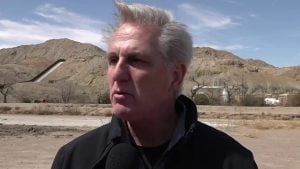 Meanwhile, House Minority Leader Kevin McCarthy, who visited the southern border with a congressional delegation this week, said Friday the surge of illegal immigrants resulting from Biden administration policies is a "human tragedy."

McCarthy told the Fox News Channel's "Fox & Friends" that he sent a letter to President Biden two weeks ago, asking him for a meeting to discuss the problem and ways to solve it.

Biden didn't even respond, he said, so he sent another letter, on Thursday, after returning from the border with 13 colleagues.

The administration has refused to call the overwhelming surge a "crisis," but McCarthy said "what we saw is it's more than a crisis."

"This is a human tragedy," he said.

The Republican leader said the letter to Biden spelled out solutions.

"He has to be very clear to tell people not to come," said McCarthy.

ABC's George Stephanopoulos, in an interview Tuesday, pressed Biden to make a statement, arguing that amid the surge, "Do you have to say quite clearly, 'Don't come'?"

Biden replied, "Yes, I can say quite clearly: Don't come over."

But the migrants clearly are hearing the opposite message, with many at the border stating Biden invited them to come.

McCarthy noted that in a Democratic primary debate, Biden said immigrants, if he were elected, should "immediately surge the border."

"He needs to finish the wall — the portions that were being built," McCarthy said.