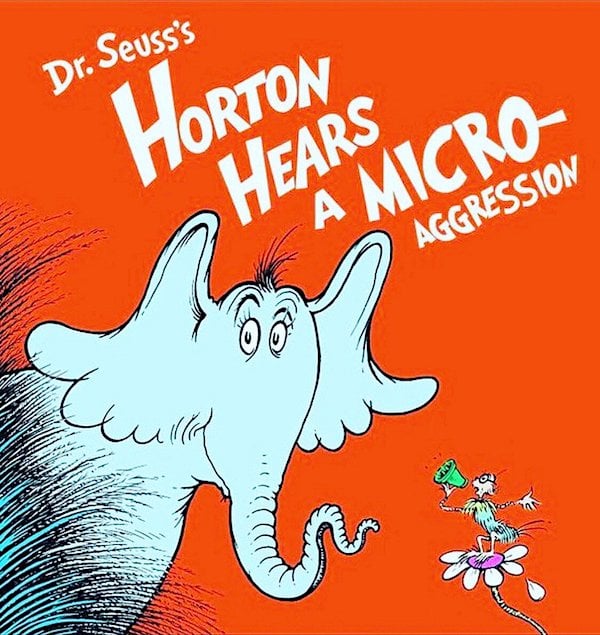 The result of canceling six books by the iconic Dr. Seuss because they were deemed racist or insensitive was predictable, with copies selling for as much as $630 on eBay.

Earlier this week, Dr. Seuss Enterprises announced it would stop publishing "If I Ran the Zoo," "And to Think That I Saw It on Mulberry Street," "McElligot's Pool," "On Beyond Zebra!," "Scrambled Eggs Super!" and "The Cat's Quizzer."

In addition, Biden removed any reference to Dr. Seuss from his proclamation Tuesday on "Read Across America Day," which was created on the birthday of the late Dr. Seuss, whose real name was Theodor Seuss Geisel.

DailyMail.com reported outraged Americans bashing eBay for "censorship" and "big tech book burning" want to know why the six Dr. Seuss books are being canceled while copies of Hitler's "Mein Kampf" and titles by the anti-Semitic Louis Farrakhan are still available.

One bookseller said eBay told him: "Your listing was removed: Offensive material policy."

"We had to remove your listing because it didn't follow our Offensive material policy. Listings that promote or glorify hatred, violence, or discrimination aren't allowed," eBay said.

You can’t make this stuff up. @eBay is blocking my listing of @DrSeuss’s “The Cat’s Quizzer” & citing it as offensive material. Yet anti-Semite Louis Farrakhan’s books are okay? #cancelcancelculture pic.twitter.com/9Au62lagcW

Young America's Foundation said on Twitter that for the left, "book burning is good if the 'right' books are being burned."

One of the "offensive" images, DailyMail.com said, was an Asian person "portrayed wearing a conical hat, holding chopsticks, and eating from a bowl." Another shows "two bare-footed African men wearing what appear to be grass skirts with their hair tied above their heads."

A stepdaughter of Dr. Seuss, Lark Grey Dimond-Cates, said the famed children's author didn't have a "racist bone" in his body.

"He was so acutely aware of the world around him and cared so much," she said.

The Washington Examiner reported a statement from eBay.

"At eBay, we have a strict policy against hate and discrimination to ensure our platform remains a safe, trusted and inclusive environment for our global community of buyers and sellers. We're currently sweeping our marketplace to remove these items. It can take some time to review all existing listings and provide education to impacted users. We're also monitoring the newly published list to be reviewed."

In 2015, then-President Barack Obama told White House interns that "pretty much all the stuff you need to know is in Dr. Seuss."

"It's like the Star-Belly Sneetches, you know? We're all the same, so why would we treat somebody differently just because they don't have a star on their belly? If I think about responsibility, I think about Horton sitting on the egg up in the tree, while Lazy Mayzie's flying off, doing whatever she wants. You know what I mean?" President Obama asked, alluding to Seuss classics "Horton Hears a Who!" and "The Sneetches."

"All I'm saying is that as you get older, what you will find is that the homespun basic virtues that your mom, your dad, or folks you care about or admire, taught you – about hard work, being responsible, being kind, giving something back, being useful, working as a team ... turns out that's all true," he continued.

Kamala Harris, before she became Biden's vice president, celebrated the author as well, tweeting in 2017: "Happy birthday, #DrSeuss! 'The more that you read, the more things you will know. The more that you learn, the more places you'll go.'"